Death of an idea, birth of an institution 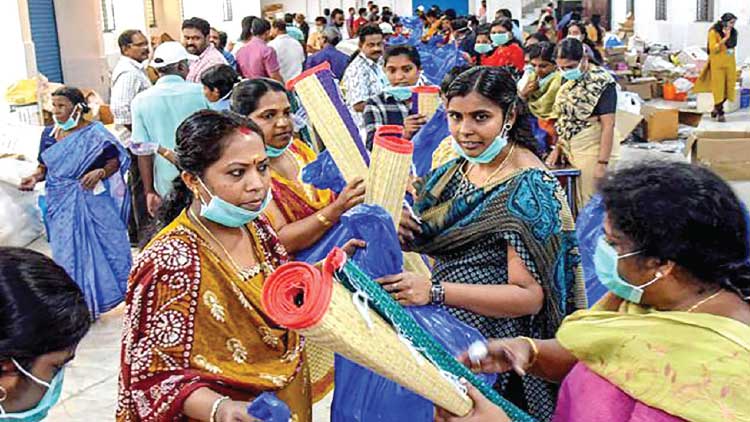 The past week, apart from ushering in the New Year was also witness to the birth of a new institution in India. The formation of the NITI (National Institution for Transforming India) Aayog has brought the focus back on the country's reforms process.

The opposition, especially the Congress, termed its formation a "dangerous" idea and "an attack on the federal structure" of India’s polity while the CPI-M said that this would spur "privatization". The ruling NDA responded by saying that the opposition was mere "politics" and those opposing it were "against development".

The new commission, right from its nomenclature to its stated objectives, appears to be more in tune with the times and the overall economic landscape. For understanding the present and predicting (albeit inaccurately) the future, one often has to rely on the past. The planning experience in the Soviet Union, China and India point to similarities - and differences as well - are helpful in drawing fascinating insights about the nature of the planning process and how central planning as an idea appears to be dead.

In the Soviet Union, planning commenced in 1928 with Gosplan managing the five-year plans under the direction of the Communist Party's politburo. By the 1950’s, this led the Soviet Union to become somewhat industrialized - though the period also witnessed famines (that resulted in over one crore deaths). In the 1970’s and the 1980’s, the Soviet Union saw a period of stagnation with little growth. This led president Mikhail Gorbachev to formulate his famous Perestroika (restructuring) and Glasnost (Openness). These two movements resulted in the collapse of the Soviet Union and with it the idea of a centrally-planned economy. Post 1991, President Boris Yeltsin tried to come up with radical market-oriented reforms, but it failed.

In 1999, after the Russian financial crisis, the country saw rapid growth, primarily fueled by tax reforms and high commodity prices in the international markets. Most recently, the country is again in the doldrums, with its currency tumbling more than the crude oil prices since early last year.

In China, the formal system of planning began with the first plan conceived along Soviet lines in 1953 under the leadership of Mao Zedong. The second plan (described as the Great leap forward) saw movement of agricultural workers to industry and infestation of crops by locusts, resulting in a famine in which some estimates suggest that three crore people died. Post that, the plans became a regular feature and in 1978, the state government allowed non-state enterprises to produce and compete with the state-owned enterprises - a departure to a competitive economy.

All this time the State Planning Commission was nodal body for planning, and this was a just like Russia's Gosplan in Russia. In 1982, the Commission for Restructuring the Economic System (CRES) was established for directing economic reforms. In 1998, the SPC was renamed State Development Planning Commission (SDPC) which then merged with CRES and State Economic and Trade Commission. It was renamed in 2006 as National Commission on Development and Reform (NCDR). The word planning has been removed from the terminology, most probably as China no longer conceives itself to be a centrally planned economy but more of a socialist market economy.

In India, the Planning Commission was established on March 15, with prime minister Jawaharlal Nehru as its chairman though its roots go back to 1938 when Netaji Subhas Chandra Bose had been persuaded to set up a National Planning Committee. The First Five-year Plan was launched in 1951 and focused on developing the agricultural sector.

In between the Indo-Pakistan Conflict of 1965, the planning process was disrupted but the Fourth Plan was formulated in 1969. The Eighth Plan commenced in 1992 after market reforms were initiated in 1991 by the then finance minister Manmohan Singh. Subsequent plans saw a lesser role for the public sector - and several public sector enterprises saw disinvestments. However, these were much more calibrated than the Russian economy that was seen as a prime reason for the 1998 crisis in the Russian economy. Subsequently, in India the role of the Planning Commission had been on the decline, amid the benefits people saw in a free market economy post the market reforms.

It is in view of this historical evolution that Prime Minister Narendra Modi had scrapped the Planning Commission, the announcement being made during his maiden Independence Day speech on August 15, 2014. The first day of 2015 witnessed the birth of the NITI Aayog. While some believe it is a cosmetic exercise, the fact that planning has been removed from the name suggests that the focus in the future will be on markets rather than governmental control. The role of a think tank also seems to be more in tune with the idea of indicative planning rather than central planning with massive governmental resource allocations.

The spirit of cooperative federalism is also a good starting point for building stronger states - and in turn, a stronger India. While all the points that are mentioned in the cabinet resolution look appealing at first glance, it will be very interesting to see the actual functioning and implementation of the NITI Aayog. The Aayog's functioning could make or break the economic development of India in the future.