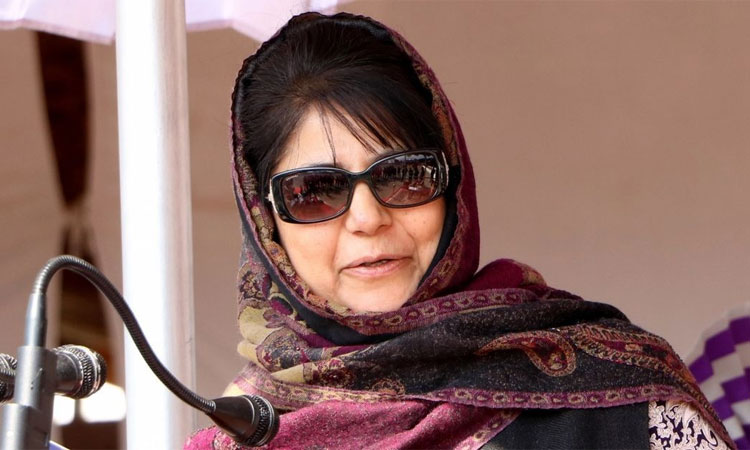 Jammu/Srinagar: Jammu and Kashmir Chief Minister Mufti Muhammad Sayeed, who died in a Delhi hospital on Thursday morning just four days shy of his 80th birthday, was a shrewd negotiator and undoubtedly one of the last of Kashmir's old guard leaders.

Mufti was also a rationalist who never lost sight of the past as well as the future.

However, at a personal level, he was a generous friend who liked a game of bridge with his friends.

One of the best dressed politicians in Jammu and Kashmir, his respect and reach was beyond political affiliations.

Those close to him often said one never knew what was going on in his mind as he spoke.

He often praised the late Sheikh Abdullah - whose political supremacy he sought to challenge at the beginning of his political career - and credited 'Sher-e-Kashmir' for creating political awakening among the Kashmiris.

"He was a friend you could always depend on. He would ask me to visit an ailing friend of his not keeping good health. He never used people and later dumped them," said Dr. Sushil Razdan, a renowned neurologist, of the state.

One thing Sayeed never allowed was somebody taking him for granted.

That perhaps was the reason he decided to tour Srinagar in sub-zero temperature on December 23 to attend official functions at 14 venues.

Nobody could tell him that it was something a 79-year-old man with a history of chronic obstructive pulmonary distress shouldn't be doing.

He caught pneumonia the same evening and had to be airlifted to New Delhi in the state-owned plane for treatment.

A chain smoker since his early days, he quit smoking after doctors put a pacemaker three years ago.

Born on January 12, 1936, to a family of 'Peers' who earn their livelihood by preaching and teaching religious practices and attending prayer meetings organised by locals to seek penance or as thanksgiving, Sayeed began his political career with the Congress from his south Kashmir's Bijbehara town in Anantnag district.

"I wanted to become the district president of the Congress after joining it, but the post was given to a party colleague senior to me," he once he once told IANS.

Those were the times when the Kashmiris were in awe of the legendary Kashmiri leader and founder of the regional National Conference (NC), late Sheikh Muhammad Abdullah.

Sayeed took upon himself the Herculean task of challenging the political writ of Sheikh.

"It was something you didn't do because Sheikh was much more than a political leader for the Kashmiris. There was an aura around the NC founder. Anybody trying to challenge his supremacy did so at his own peril," said a friend of Mufti Sayeed.

Sayeed however toiled like a foot soldier to create the ground-level cadre that made it possible for the Congress to challenge the writ and command of the NC.

Unfortunately, Sayeed's loyalty to the Congress was finally interpreted as a personal rivalry between the Muftis and the Abdullahs by political pundits.

His daughter and Peoples Democratic Party president Mehbooba Mufti told IANS in an interview in 2014: "We were a humble rural family and there was no question of harbouring a personal ambition for power that would push us to challenge the Abdullahs.

"Mufti Sahib always wanted a better deal for his people and that is what he has been doing during his entire political career."

A graduate from a Srinagar college and postgraduate in Arabic from Aligarh Muslim University, Sayeed became a junior minister in the G.M. Sadiq-led Congress government in 1964. He also became the president of Congress state unit later.

It was during this period that the Congress began to emerge as a potential threat to the NC.

Sayeed must be credited for the courage to stand up to the might of a party (NC) that had ruled the hearts and minds of the Kashmiris for decades.

He became the first - and so far the only Muslim union home minister - in 1989 in the V.P. Singh-led government at the Centre.

It was during this period that Sayeed's daughter, Dr. Rubaiya Sayeed, was kidnapped. Rubaiya was released by her kidnappers belonging to the pro-Azadi Jammu and Kashmir Liberation Front after seven of their arrested militants were released by the state government.

Sayeed was instrumental in sending Jagmohan as the J&K governor in early 1990 when terrorist violence took centre stage in the state.

Jagmohan was considered by Sayeed to be the right choice due to his previous tenure as the state governor. Sayeed believed Jagmohan had a developmental vision and an administrative acumen to match.

Sayeed formed the Peoples Democratic Party in 1999. The party fielded candidates in the 2002 assembly elections, winning 17 seats in the 87-member assembly.

Sayeed was sworn in as the chief minister of the PDP-Congress alliance in December 2002 and remained in office till November 2005.

In the 2014 assembly elections, the PDP won 28 seats and after hectic parleys formed the alliance government with the Bharatiya Janata Party.

Whatever his political adversaries may say, nobody can take away the credit from Sayeed - a young man hailing from a lower middle class family in south Kashmir - for standing up to challenge the otherwise unassailable political foes who hated and loved him at the same time.