Trump an outcome of the Bush world disorder 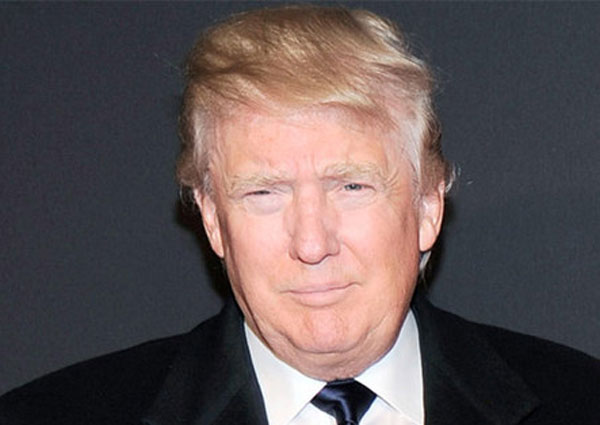 It would be almost spiteful to walk upto the US ambassador and say: “Congratulations, you have Donald Trump as president.” Which way would he look? Secretary of State John Kerry has already said it. He is profoundly embarrassed when foreign statesmen confront him with: “What is happening in your country?”

Should he become president in November, Trump will have George W. Bush to thank. He is a product of the chaotic world order left behind by Bush and which Barack Obama failed to contain.

Détente in the 1970s was going badly for the West - Vietnam, Angola, Mozambique, Ethiopia, Nicaragua, Italian communist leader Enrico Berlingure on the cover of Time Magazine, Afghan communist parties in Kabul and so on. It was advantage Soviet Union all the way.

It fell to the lot of George W. Bush to build a new global architecture. He surrounded himself with bad company - Dick Cheney, Donald Rumsfeld, Paul Wolfowitz, even Condoleezza Rice. Deluded by notions of full spectrum global dominance, they botched up the sole superpower moment.

Unbridled chaos was let loose in the guise of the global war on terror. Geraldo Rivera of Fox News actually whipped out a gun on live TV. He would “shoot Osama bin Laden” if he saw him.

Deputy Secretary of State Richard Armitage threatened Pakistan with dire consequences should General Pervez Musharraf not join the war against the Afghan jihadis that Pakistan, Saudis and the US had helped train to expel the Soviets. To this day, Pakistan and possibly the world, is paying the price for that turnaround.

There was no limit to American power. In awe and in admiration, the world fell in line. Two party systems were reinforced, clasping corporate hands. Corporates, linked to international finance, made for a tidy model. The global media and a Murdochized press was to underpin this arrangement.

The economic downturn of 2008 and the declining credibility of the global media began to erode this world order. The latter needs some explanation.

In wartime, the first casualty generally is the truth. Since media is part of all war efforts, it becomes a credible source of propaganda. But during the Bush and Obama years, the US and the West in general have been involved in so many wars, big and small, that the media was kept mobilized for continuous propaganda. The media’s credibility has therefore plummeted.

During the Libyan operation, the Saudis had to make peace with the Qataris for the benefit of Al Jazeera’s residual credibility. No one was believing Christiane Amanpour, Lyse Doucet and Thomas Friedman and their support staff.

With crony capitalism gnawing at the vitals, two party systems were in gradual disrepair. The suffocated voter was breaking out in new directions.

In an Elia Kazan movie, a small car on a highway is dwarfed by giant trailers on either side. In a manner of speaking the tyres of these trailers are being punctured one by one.

Former British prime minister Tony Blair flailed his arms in vain against Jeremy Corbyn, a Labour leader more with the heart of a Michael Foot, a former Labour party leader. And now Prime Minister David Cameron is on sixes and sevens over the Brexit referendum. Britain’s exit from the European Union will almost certainly bring Europe closer to Russia, much to American discomfort.

Most recently, a promoter of vigilante groups, who promises to toss criminals into the sea, Rodrigo Duterte nicknamed “Digong”, is the president-elect of the Philippines. He must get along well with Trump: they speak the same language - sink them in the sea or build a wall to keep Mexicans out, or don’t allow Muslims to enter the US or no harm being seen with the Ku Klux Klan and so on.

The tamasha in the US gets even more intriguing if you consider the establishment darling, Hillary Clinton’s, electability. A New York Times report talks of the “soaring levels of unpopularity” of Trump and Clinton. “Nearly two-thirds of voters, for example, say that Mr. Trump is not honest and trustworthy. Just as many say the same of Mrs. Clinton.”

There is no evidence of Senator Bernie Sanders attracting such invective. And yet the Democratic Party establishment finds itself bound by rules not to nominate him - the popular surge is for Sanders, though. Because he is a “socialist” which outside the US means Left of Centre.

So, people are trying to break out of established party structures. They are neither for Tweeledum nor Tweedledee, just as in India and Pakistan where they have experimented with Arvind Kejriwal’s Aam Aadmi Party (AAP) in Delhi and Imran Khan’s Tehreek-e-Insaf across the border.

When people were switching loyalties in the 1970s, the Soviet Union was the beneficiary.

Today, new faces that emerge represent disgust with that which is. There is a splintering of the world order. And in its place - what will be, will be.

“Rau mein hai rakhsh e umr,
kahan dekhiye thamey;
nay haath bag par hai,
na paa hei rakaab mein.”
(The horse is on full gallop, no one knows where it will stop. The rider’s hands are not on the reins, nor his feet in the stirrups. Ghalib)

(A senior commentator on political and diplomatic affairs, Saeed Naqvi can be reached on saeednaqvi@hotmail.com. The views expressed are personal.)