Populism and populist politics: A grave threat to liberal democracies 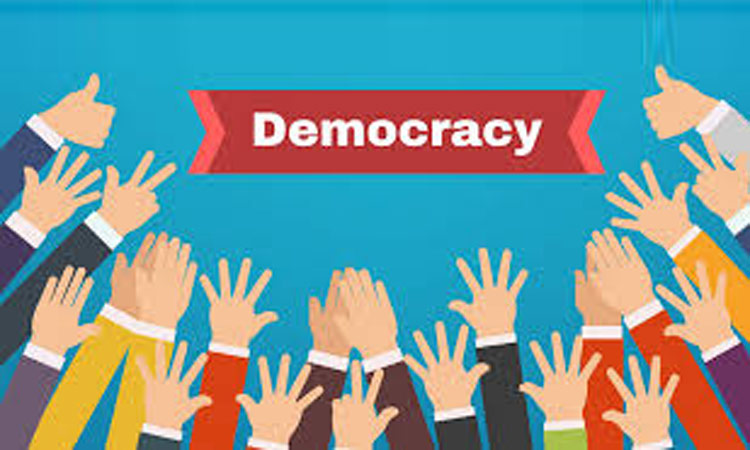 The emergence of populism and populist politics poses a fundamental challenge to liberal democracies globally. In the West, as the reverse impact of globalisation coincided with shrinking markets resulting from the loss of empire and generous welfare policies, populist policies and politicians became a powerful threat to the status quo established post 1947. In the US, it resulted in the rise of Trump while the EU is still grappling with the Brexit phenomenon. In addition, the rise of the era of afake newsaï¿½ and the manipulation of social media to develop popular angst is proving a grave challenge to free and fair democratic elections.

Today's global order was shaped by European powers in the colonial era. Capitalism is a European invention, as is democracy and its institutions, including Parliament along with the independent judiciary, the bill of human rights and fundamental freedoms, habeas corpus and rule of law. The Industrial Revolution and the mercantile system originated in Europe. The West was ill-prepared for the negative repercussions of the loss of empire and the rise of Asia.

Today, the EU, the world's largest functional liberal democracy with values rooted in the Lisbon Treaty, is in crisis. Rise of populism and populist parties are increasingly questioning liberal democratic values based on tolerance, respect for minorities and multiculturalism. Even after 9/11, Europe continued to believe that it would remain a bastion of security because of its long standing support to the Palestinian cause. There was little or no preparation or anticipation of the impact of the so called ISIS on European security. Flawed pro-Syrian rebel policies and their indiscriminate funding and arming only made a bad situation worse. Battle hardened jihadis, EU citizens were returning to wage war within Europea's frontiers. The greatest challenge to Europe and its liberal democratic values were coming from within.

These developments represent a crisis of identity as EU and Europe moves to a more multi ethnic and multi cultural order. The new Europe and its culture had to make a difficult adjustment to a different, more equal and multi-cultural world order and find new markets. Crisis was a natural outcome of these developments.

India and its political order have also been impacted by 'fake news' sometimes termed as "the alternative narrative". This is clear in the on-going general election. In his recent book, "Delusional Politics" (2019) Minister for Urban Affairs Hardeep Puri, a former diplomat who retired as India's Permanent Representative to the UN, provides a fascinating insider account of the national and global impact of the rise of populism and an era of 'alternative facts' and 'alternative narratives' which exploits popular angst to capture political power. He points out that both for Brexit and the Trump phenomenon, the assumption is clear: "We are in the dawn of a credibility crisis". Data is distorted or manipulated to change a political narrative. It marks the rise of "post-truth politics" which for Brexit and Trump fed on the toxicity of a contrived and false narrative. It is further hyped by apolarised consumption' led by the mainstream media and social media with a total disdain for empirically verifiable data.

In the context of contemporary challenges posed to liberal democracies, a case study on Brexit would be in order. How did Brexit happen? My perception, reflected in my book "India and EU: An Insider View" is that this on-going and complex divorce of Britain from Europe is deeply rooted in conservative, middle class, English euro-scepticism. Brexit ultimately represents the rejection of globalization and migration and the natural opposition of the English to a bigger outside power, in this instance the EU, the Commission and the Brussels 'bureaucracy'.

Social media also played an important role in ensuring a narrow victory for the Brexiteers. The aLeave campaign' blatantly used false data to bolster pre-conceived prejudices and biases. One example given was the claim that UK sends the EU 350 million euros a week. This misleading figure disregarded the weekly monetary flows from Brussels to the UK but it had a significant effect in influencing the outcome of the referendum.

EU leaders did not agree to May's request for a limited extension till June 30, 2019. Instead an extension was given till October 31, 2019 with the option of Britain leaving earlier if a deal was agreed to in Parliament. The onus was on Britain to find a solution which would not amend the fundamental principles of the original agreement negotiated over months with the EU, including the 'backstop'. UK is now forced to participate in European Parliamentary elections on May 23 unless an agreement can be found before May 22.

The continuing impasse over Brexit demonstrates the danger of populism and populist policies impacting international peace and security, be it Northern Ireland or North Korea. Brexit threatens the fragile peace in Northern Ireland. The hard core of Brexiteers are willing to gamble with the unity of Britain and to risk losing Scotland and Northern Ireland in their quest to be rid of Europe once and for all. As described recently by a prominent EU politician, Theresa May's efforts to secure a deal is like trying to make an omelette while taking out the egg!

The developments around Brexit demonstrate the fragility of the established democratic order when faced with challenges resulting from globalisation, new technology and social media. A new world order is emerging. It should remain anchored to the principles of liberalism, democracy, tolerance and multiculturalism. It must reject Islamophobia and embrace the rights of minorities. Only on this basis can international peace and security in this millennium be assured.

(The author is a retired Indian ambassador who has dealt extensively with Europe.)