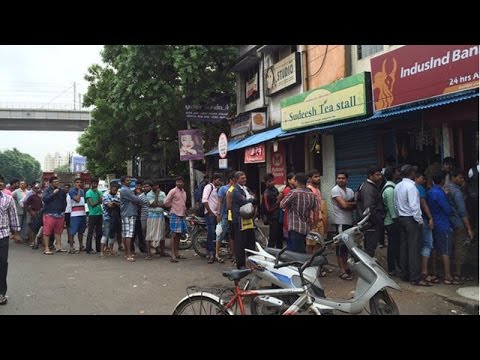 New Delhi: The Delhi High Court Wednesday issued notice to the Reserve Bank of India (RBI) on a plea against RBI's decision to impose a limit of five transactions per month from the customers' own bank ATM and charging Rs.20 per transaction beyond it.

A division bench of Chief Justice G. Rohini and Justice P.S. Teji also issued notice to Indian Banks' Association and State Bank of India along with the RBI and sought their response by Feb 18 on the PIL seeking directions to allow banking customers to make unlimited number of transactions free of any charge on own bank ATMs.

During the hearing, the court even raised the question about banks charging Rs.20 from its own customers after five transactions. "You (banks) are unnecessary taxing your account holders," the bench remarked.

The PIL filed by a practising advocate Swati Aggarwal, through advocate Vivek Kumar Tandon, sought quashing of the Aug 14 RBI direction that limited the number of monthly free transactions at own bank's kiosk to five beyond which banks can charge Rs.20 per transaction.

The directive became effective Nov 1 and has already been implemented by several banks, including the State Bank of India, the largest bank in India, said the plea.

RBI also imposed a limit of three transactions per month from ATMs of other banks, located in the six metro centres -- Mumbai, New Delhi, Chennai, Kolkata, Bengaluru and Hyderabad.

The plea alleged that the directive has been issued at the behest of a few banks and the Indian Banks' Association (IBA) who had approached the RBI seeking changes in the extant instructions regarding free transactions at other banks' ATMs.

Levying of charges are highly "arbitrary and unjustified" besides being "discriminatory and against good banking practices and reforms and a backward move", it added.

Advocate Tandon also argued that the RBI decision is against international practices in relation to use of own bank ATMs followed across the world.

The counsel said: "Such an approach of restricting the number of free ATM transaction even on customer's own bank ATMs, as adopted by the RBI through the impugned directive, are completely unheard of in international banking scenario and industry."

The plea further added that the RBI decision is contradictory to its own earlier circular dated March 10, 2008, whereby RBI, while relying on international practices relating to usage of ATMs, had "justified and given directions allowing the free usage of ATMs for unlimited number of transactions on own bank ATMs".