Even hallmarked gold jewellery in India vary in purity: WGC 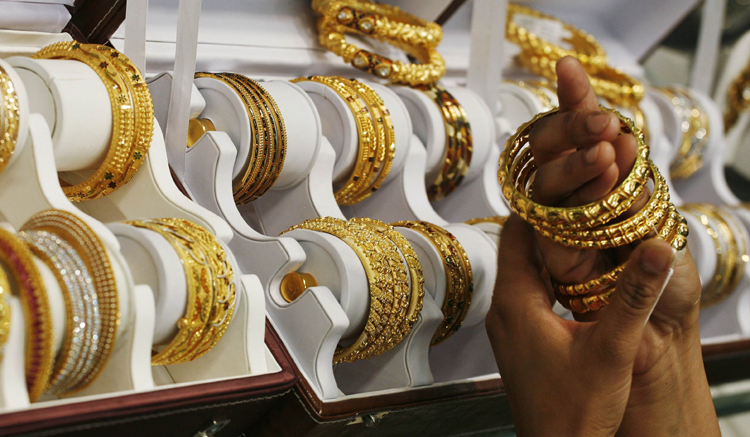 New Delhi: It may come as a shock to some, but even gold jewellery that has Hallmark certification vary in purity, the World Gold Council (WGC) today said while calling for urgent steps to improve quality standards in the world's largest gold consuming nation.

The improvements to the hallmarking system in India are not only essential to a successful gold monetisation scheme but also help to boost the country's gold jewellery exports from the existing USD 8 billion to USD 40 billion in the next five years, it said.

The hallmarking of gold, which is voluntary in nature at present, is a purity certification of the precious metal. The Bureau of Indian Standards (BIS), under the Consumer Affairs Ministry, is the administrative authority of hallmarking.

"Even though, 30 per cent of jewellery is now hallmarked, there are concerns about the quality and credibility of some hallmarking centres. This means the percentage of jewellery hallmarked accurately is expected to be even lower than 30 per cent," WGC said in a report.

Even hallmarked items vary widely in purity because of weak quality control and lack of resources on the part of BIS to enforce its policies, it said.

Though under-caratage in gold has reduced to 10-15 per cent from 40 per cent since the introduction of BIS hallmarking in 2000, but challenges still remain, it added.

WGC India Managing Director Somasundaram P R said: "Hallmarking is not mandatory and consumer awareness is limited so jewellers are neither obliged or incentivised to become certified. Moreover, hallmarked and non-hallmarked items are sold in same outlet."

He said that operationally, many hallmarking centres suffer from lower profitability, poor equipment and slack processes. "Hallmarking centres need to operate at a minimum of 50 per cent capacity just to break even at the BIS stipulated price of Rs 25 per piece. Many cannot achieve this target and so they resort to price cutting and malpractice."

"And from supervisory perspective, the BIS is not adequately staffed to fulfil is role effectively," he added.

According to the WGC report, the BIS does not have dedicated laboratories for gold hallmarking so there is little capacity for testing jewellery. There are relatively few BIS branches too, so activity varies widely across India.

India has approximately 220 BIS recognised assaying and hallmarking centres and maximum of them are located in Tamil Nadu (57), followed by Kerala (39). The distribution of these centres is uneven as South has 153 centres, the North has 111 and the West has 65, the report said.

Suggesting ways to strengthen hallmarking system in India WGC said, "The BIS would need substantial extra resource to be able to enforce its policies effectively, drive hallmarking across India and increase confidence in Indian hallmarked items nationally and overseas."

India consumes 800-1000 tonnes of gold annually, of which almost entire quantity is imported.