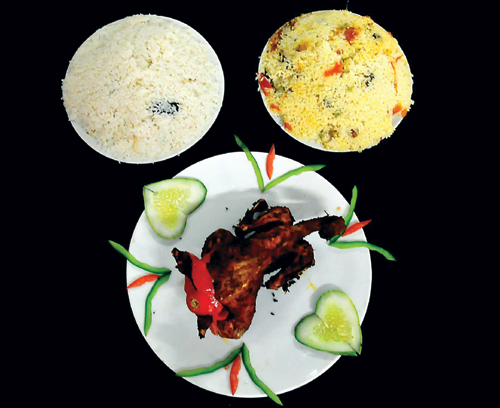 New Delhi: Anxiously waiting for the lockdown 2.0 to be gradually lifted, 77 per cent of people in India wish to have dinner with friends and family at their favourite restaurants with safety assurance and premier hygiene top on their mind, a survey said on Monday.

The survey conducted by restaurant tech platform Dineout said 81 per cent of consumers would rather scan a QR on their phone to place an order instead of handling physical menus or tablet-based digital menus.

After a dining experience, 60 per cent prefer seamless wallet-based digital payments over cash/cards, while 85 per cent would choose a digital valet over waiting in possibly contaminated public spaces.

At least 84 per cent would prefer offering digital feedback over physical feedback collection and over 96 per cent of the respondents demand better waitlist management, the findings showed.

"While demand will return rapidly as millions of Indians are craving their favourite dishes, it's also crucial to make the necessary changes to restore consumer confidence and trust by rapidly evolving the restaurant's approach to using technology as means to implement contactless dining," said Ankit Mehrotra, Co-Founder and CEO, Dineout.

Most Indians have been craving Pizza since the lockdown has been implemented, except Chennai, Hyderabad and Kolkata where their popular and indigenous Biryani recipes reign supreme.

Post lockdown, people in Delhi would like to eat in places like Big Chill, Barbeque Nation and Social, while Mumbaikars picked Global Fusion, Pop Tates and Asia Kitchen, according to the survey.