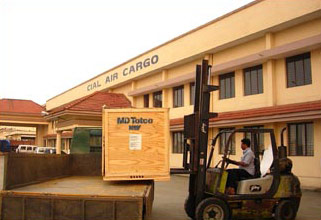 New Delhi: The Centre on Thursday allowed free movement of all goods cargo, including empty vehicles after delivery or for pick up of goods.

It has been clearly mentioned in the government order issued by the Ministry of Home Affairs that the movement of "through traffic of trucks and goods carriers, including empty trucks, is allowed without any hindrance".

The order issued by Union Home Secretary Ajay Bhall to all state and Union Territory Chief Secretaries mentions that local authorities "must not insist on separate passes at inter-state borders across the country".

The order clarified that it is essential to maintain the supply chain of goods and services in the country to boost the economy as well as to meet the demand of people amid the novel coronavirus pandemic and the ensuing nationwide lockdown.

Issued on the 37th day of the second phase of the lockdown, the order said: "All goods traffic will be allowed to ply. Movement of all trucks and other goods and carrier vehicles with two drivers and one helper subject to the driver carrying a valid licence, an empty truck or vehicle will be allowed to ply after the delivery of goods or for pick up of goods."

The Home Ministry issued the order following inputs that at inter-state borders in different parts of the country, movement of trucks was not allowed freely and local authorities were insisting upon separate passes.

On April 3 and April 12, the ministry had issued similar letters.

The order aid that there is no "ambiguity" at the ground level and movement of traffic of trucks and goods carriers is allowed without any hindrance.