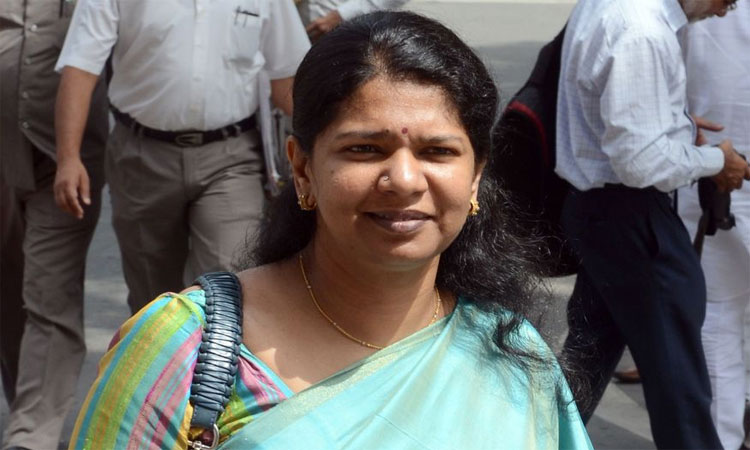 Participating in a general discussion on Union Budget 2020-2021 in the Lok Sabha, Kanimozhi claimed that 50,000 micro, small and medium enterprices (MSMEs) had closed and jobs lost after the November 2016 demonetisation measure.

"The government talks of achieving 5-trillion dollar economy. How will it meet the target as proposed in the Budget when the annual economic growth is only five per cent?" Kanimozhi asked.

She said that as much as Rs 93,000 crore has been lost due to Internet shutdowns in India.

The DMK leader accused the Modi government of not only painting contemporary India in "saffron" but also going back in history to paint the past in Hindutva colours.

Kanimozhi attacked Sitharaman for "going out of the way to rename the Indus Valley civilisation as Saraswati Sindhu civilisation" and asked the government to leave such work to scholars and historians.

Even experts have not come out with any conclusive proof of the existence of the "mythical" Saraswati river, she said, accusing the BJP of always attempting to rewrite history.

In her Budget speech on February 1, Sitharaman had said that entrepreneurial activity existed in ancient India and referred to the "Saraswati-Sindhu" civilisation.

Kanimozhi also wondered how Sitharaman could quote from that era when the Indus script had not been deciphered.

Criticising 15th Finance Commission recommendations on divisions of tax revenue between the Centre and states, the DMK leader said these were unfair to the states that had controlled their population growth.

She also criticised the move to ask the states to pay for defence allocation, saying it comes under the Centre's purview and the expenditure should be borne by it.