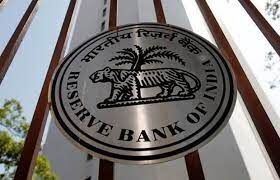 New Delhi: The Reserve Bank of India (RBI) on Wednesday retained its growth projection at 7.2 per cent for the current fiscal on the back of improvement in urban demand and gradual recovery in rural India. Unveiling the third monetary policy for the current fiscal, RBI Governor Shaktikanta Das said the Indian economy remained resilient, and the central bank will continue to support growth. Here are 5 new announcements made by the RBI:

1. The RBI expects growth in the first quarter of the current fiscal at 16.2 per cent, which will taper to 4 per cent by the fourth quarter. Das, however, cautioned that there are risks from the ongoing Russia-Ukraine war. The central bank earlier in April slashed the GDP growth projection for 2022-23 to 7.2 per cent from its earlier forecast of 7.8 per cent.

On Tuesday, the World Bank cut India's economic growth forecast for the current fiscal to 7.5 per cent as rising inflation, supply chain disruptions, and geopolitical tensions taper recovery. It was the second time that the World Bank has revised its GDP growth forecast for India in the current fiscal 2022-23 (April 2022 to March 2023). In April, it trimmed the forecast from 8.7 per cent to 8 per cent, and now it is projected at 7.5 per cent.

2. The RBI on Wednesday allowed credit cards to be linked with the unified payments interface (UPI), which will enable more people to make payments using the popular platform. At present, UPI facilitates transactions by linking savings or current accounts through users' debit cards.

"it is proposed to allow linking of credit cards to UPI," RBI Governor Shaktikanta Das said while announcing the regulatory moves, along with the bi-monthly policy review. He said that to start with, Rupay credit cards issued by the RBI-promoted National Payments Corporation of India (NPCI) will be enabled with this facility, and the facility will be made available after system developments.

Das said the new arrangement is expected to provide more avenues and convenience to the customers in making payments through the UPI platform.

UPI has become the most inclusive mode of payment in India, with over 26 crore unique users and 5 crore merchants onboarded on the platform, he added.

In May, 594.63 crore transactions amounting to Rs 10.40 lakh crore were processed through UPI, Das said.

The interoperability of prepaid payment instruments (PPIs) has also facilitated access of PPIs to the UPI payment system for undertaking transactions, Das said.

3. The RBI raised the interest rate by 50 basis points to a two-year high of 4.9 per cent as it doubled down to tame inflation that has surged in the last couple of months. The rate hike comes on the back of a 40 bps increase effected by the RBI at an unscheduled meeting on May 4.

All the six members of the Monetary Policy Committee (MPC), headed by RBI Governor Shaktikanta Das, unanimously voted for the latest rate hike, which is likely to make loans costlier.

Consumer Price Index (CPI) based inflation, which the RBI factors in while arriving at its monetary policy, galloped for the seventh straight month to touch an 8-year high of 7.79 per cent in April.

The upward revision in inflation projection comes as domestic retail inflation has remained above RBI's comfort level of 6 per cent for four months in a row, mainly due to the Russia-Ukraine war which has impacted the prices of commodities across the globe.

In the bi-monthly monetary policy, Das upped the inflation projection for the ongoing fiscal to 6.7 per cent. It projected inflation to be 7.5 in the June quarter (Q1) and 7.4 per cent in the September quarter (Q2).

5. RBI Governor Shaktikanta Das on Wednesday said the central bank will ensure the availability of adequate liquidity to meet the productive requirements of the economy.

"Going ahead, while normalising the pandemic related extraordinary liquidity accommodation over a multi-year time frame, the RBI will ensure availability of adequate liquidity to meet the productive requirements of the economy," Das said while announcing the monetary policy.

The RBI will also remain focused on orderly completion of the government's borrowing programme.