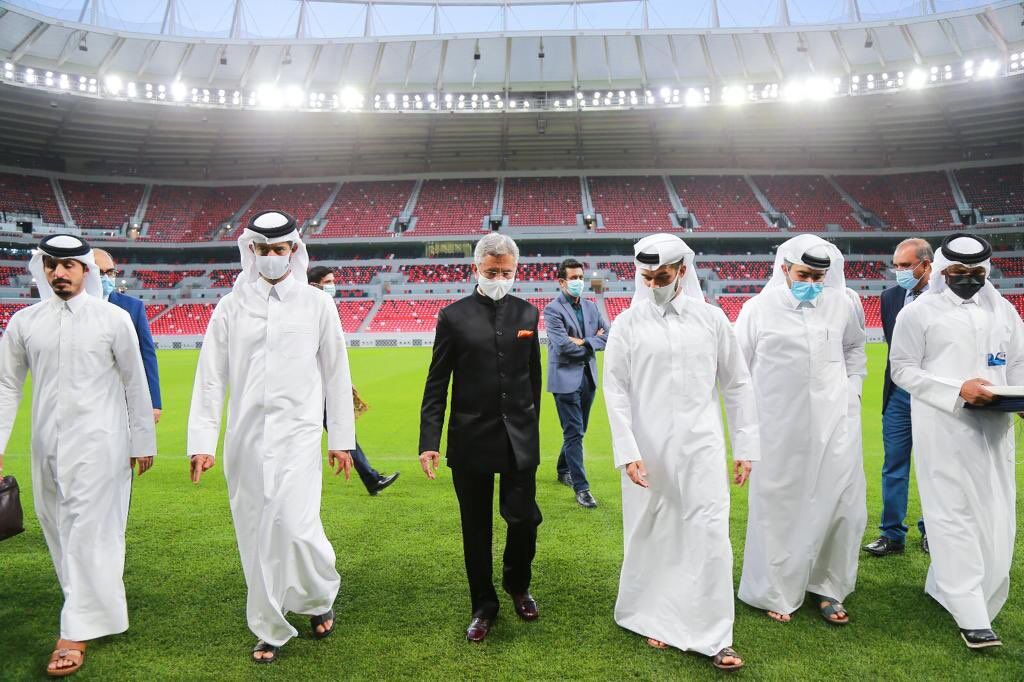 The minister lauded the builder and said that it has enhanced India's reputation for quality and delivery.

His Excellency Hassan Al Thawadi and Nasser Al Khater, Chairman and CEO respectively of the FIFA World Cup Qatar 2022 organising committee, met the ministerial delegation at the stadium and conducted a full tour of the facilities including the pitch, competition areas and VVIP seating areas.

"Qatar and India have shared a close relationship for centuries, through trade, culture, and people-to-people ties, and the Ahmad Bin Ali Stadium, built by Larsen & Toubro, is a symbol of this relationship and our shared history," Al Thawadi said.

"The stadium is also a representation of modern, cosmopolitan Qatar, where the Indian community is the single largest resident expatriate group and is an important contributor toward Qatar's rapid economic development."

Senior officials explained on Monday in detail about the sustainability features of the stadium and the working of the Advanced Cooling System, a high-profile accessory which is a legacy project arising out of 2022 World Cup hosting plans.

The Ahmad Bin Ali Stadium was opened on December 18, when it hosted the Amir Cup final between Al Sadd and Al Arabi on the Qatar National Day. The event was attended by several dignitaries including FIFA President Gianni Infantino and All India Football Federation president Praful Patel.

The 40,000-capacity stadium will host seven matches till the Round of 16 stage during the 2022 World Cup and will function as the home of Qatar Stars League outfit Al Rayyan.