Those who clap to Govt's policies are not always right: Rajan 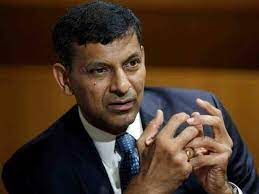 Talking to NDTV, he said that the 7 per cent growth is relatively better than when compared to many other nations but the huge population demands more jobs and more capacity utilization.

In the NDTV's exclusive interview, Rajan is also heard co-relating jobs and demand, implying the need for creating more demand in multiple segments and decent jobs to meet the demands.

Rajan is of the opinion that more demand in the economy will create requirements for skilled people and skill-based education in turn could be utilized to meet the demands.

The former RBI governor also underlined the importance of dialogue in a democracy for constant economic growth. He also stressed the need for endless engagement and consultation by the government with experts and people who knew the ground realities, before heading to bring laws that affect the economy.

While talking about the government citing positive comments often made by critics, Rajan said there is the view about the Modi government that only those who constantly clap for the government's every policy are right and that should be changed. Every government does wrong things and there is should room for dialogue to face criticism, he added.