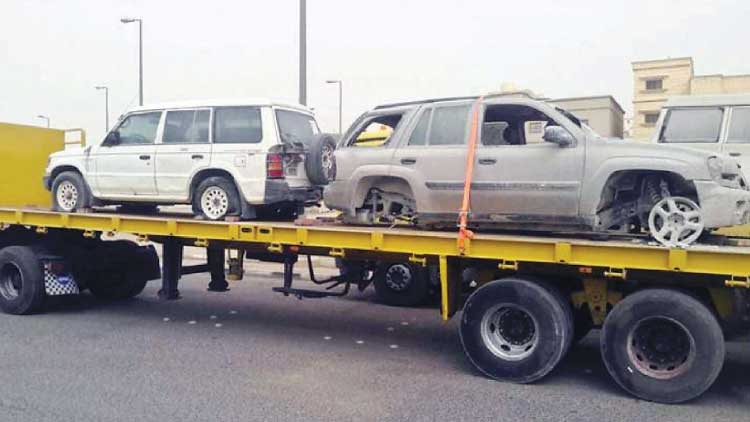 New Delhi: Low base along with initial upsurge in demand due to the festive season boosted domestic passenger vehicles' sales in August on a year-on-year basis.

This is the first time since October 2019, that passenger vehicles' sales stood in the positive territory on a YoY basis.

According to industry data released on Friday, a total of 2,15,916 passenger vehicles were sold in the domestic market, representing a rise of 14.16 per cent from 1,89,129 units off-take during the like period of 2019.

Similarly, the data released by the Society of Indian Automobile Manufacturers (SIAM) showed a sequential growth in sales during August.

In July, the domestic passenger vehicles' sales had declined by 3.86 per cent to 1,82,779 units from 1,90,115 units sold during the corresponding month of the previous year.

As per SIAM, the data does not include sales figures from some key players such as Tata Motors.

"After a period of lull owing to the Covid-19 imposed lockdowns, the month of August 2020 has witnessed improvement in the sales figures of two-wheelers and passenger vehicles," said SIAM Director General Rajesh Menon.

"Industry is positive that the coming festive season will pave the way for a faster revival of the industry."

Sales of two wheeler segment showed growth during the month under review.

The off-take of two-wheelers, which include scooters, motorcycles, mopeds, electric two-wheelers edged higher by 3 per cent to 1,559,665 units in August from 1,514,196 units sold during the corresponding period of last year.

"We are beginning to observe growth which is instilling confidence back into the industry, especially in the two-wheeler and the passenger vehicle segments," said Kenichi Ayukawa, Maruti Suzuki India's MD & CEO and SIAM President.

"Even though the industry witnessed year-on-year growth in August 2020, it is to be recognised that the base figures in August 2019 itself was very low... Still, 14 per cent growth of passenger vehicles and 3 per cent growth in two wheelers in August 2020 indicates trends of recovery for the Industry, though it is on the backdrop of pent-up demand and beginning of a festive season this month."

"After a near inactive period during the first quarter we are seeing some flurry and turnaround in August with both passenger cars and two wheeler segments showing a revival of demand supported by new introductions despite the growth being shown on a low base of the previous year," Sridhar V, Partner, Grant Thornton Bharat LLP said.

"Festival demand should continue this trend."

According to Suman Chowdhury, Chief Analytical Office, Acuite Ratings & Research: "In our opinion, the 14.2 per cent growth print in passenger vehicles and the 3 per cent in two wheelers reflect a relatively rapid recovery in the automobile market as compared to most other sectors and can be attributed to enhanced need for personal mobility in the context of the pandemic, improved demand from the rural sector, increasing upgradation from sedans to SUVs in major urban areas and lastly a pent up demand post the lockdown period."

"Lastly, there is a pent up demand that is coming to play particularly for newer BS-VI models and the stocks with the dealers are likely to rise over the next two months in expectation of festive season purchases."