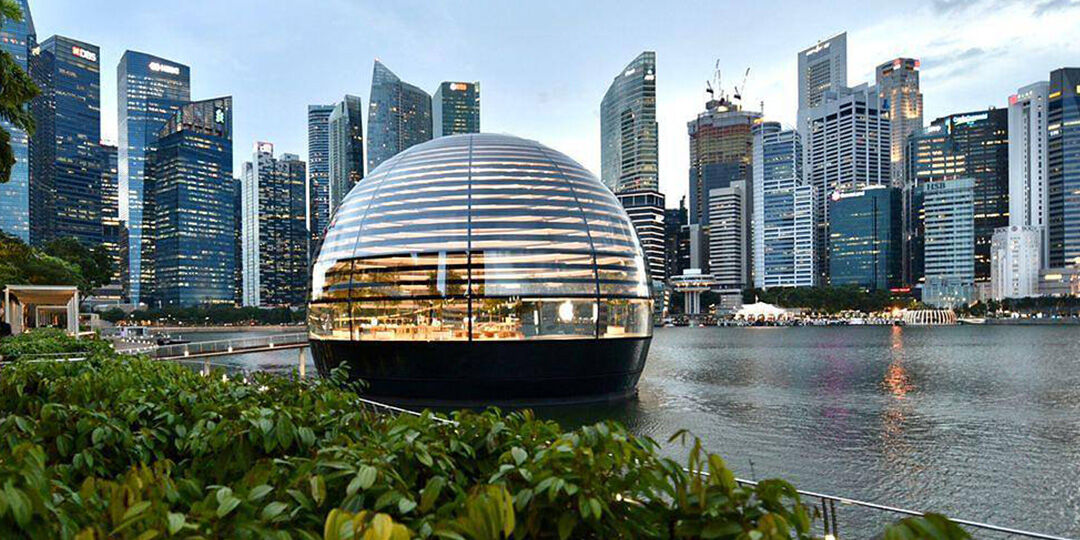 Singapore: The Cupertino-based iPhone maker on Tuesday announced to open Apple Marina Bay Sands, its first floating retail store with a glass dome that appears as a floating sphere and sits directly on the water.

To be thrown open for the public on Thursday, the store introduces a new retail experience at one of the most iconic locations in the country, the company said.

"We couldn't be more excited to open the breathtaking Apple Marina Bay Sands in Singapore, building on our commitment to this special place that began more than 40 years ago," said Deirdre O'Brien, Apple's senior vice president of Retail + People.

The all-glass dome structure is fully self-supported, comprising 114 pieces of glass with only 10 narrow vertical mullions for structural connection.

Inspired by the Pantheon in Rome, an oculus located at the apex of the dome provides a flooding ray of light that travels through the space, according to Apple.

The interior of the glass is lined with custom baffles, each uniquely shaped to counter sun angles and provide a nighttime lighting effect.

With trees lining the interior of the dome, the green garden city of Singapore flows into the store, providing additional shading and soft shadows through the foliage.

"The Forum is centered around a Video Wall, which will serve as the stage for 'Today at Apple' sessions featuring Singapore's artists, musicians and creators," Apple said.

Apple opened its first store in Singapore at the Knightsbridge building along Orchard Road in 2017.

Apple Orchard Road was also the first Apple store to open in South-east Asia, according to reports. The new store is Apple's 512th location worldwide.