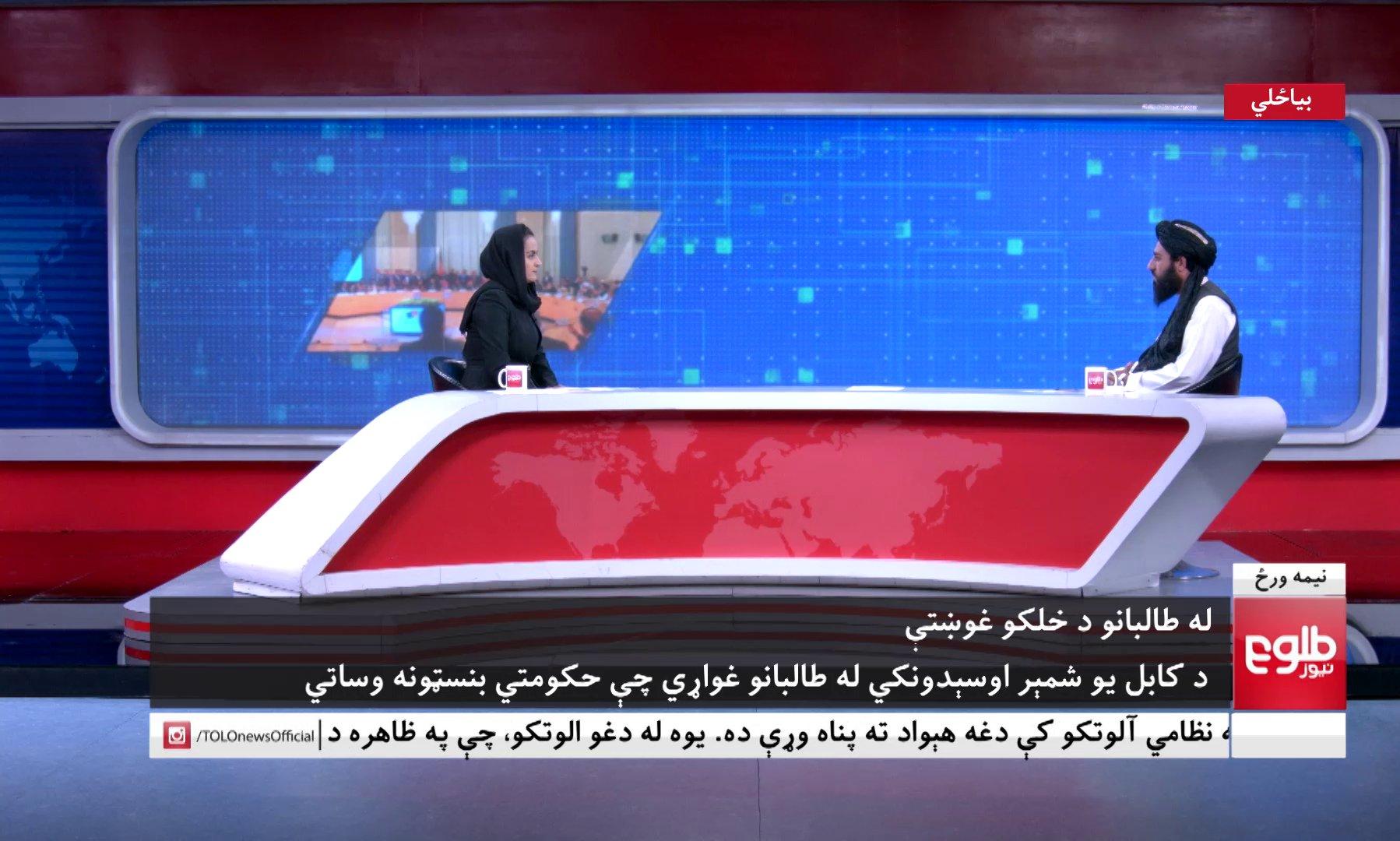 A female television anchor on the private broadcaster Tolo News in Afghanistan interviewed a Taliban official on camera on Tuesday in a studio, reports AP. In the program, Behesht Arghand, the host, spoke to Abdul Haq Hammad, a close associate of the Taliban media team, about reports of house raids in Kabul.

OTHER STORIES
Next Story
X
X