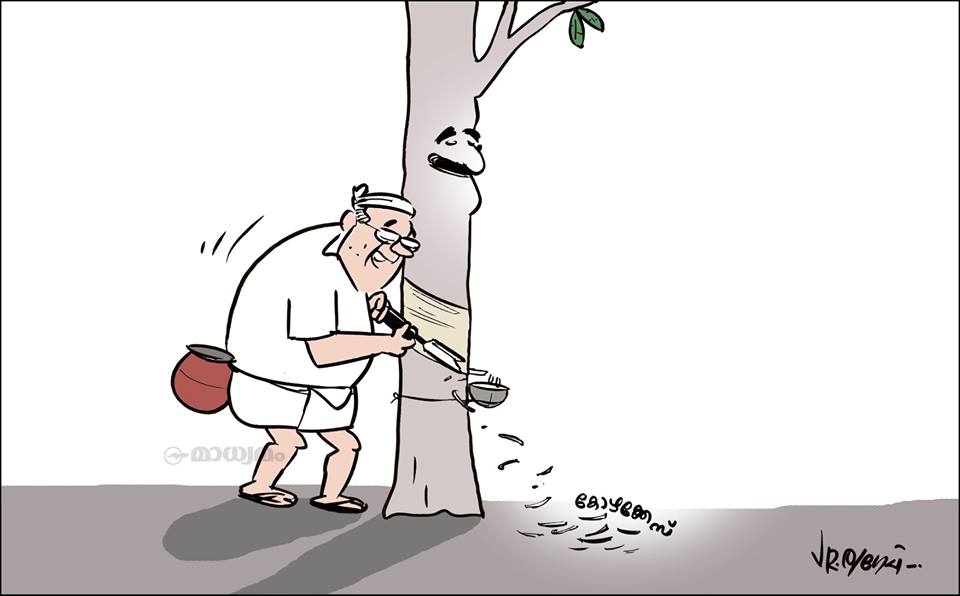 The country was all-eager about the results of the by-polls in the 18 constituencies conducted just three months after the national elections in which BJP gained a sweeping victory over Congress and other parties.

It would not be a surprise if the NDA government amassed all seats in the by-polls at Karnataka, Punjab, Bihar and Madhya Pradesh on the backdrop of the media endowed charisma of the Prime Minister Narendra Modi and above all the broken image of the Sonia Gandhi – Rahul Gandhi team. But the results of the by-elections slammed every hope. Out of the 10 seats in Bihar, 6 of them were won by a secular group formed against BJP and the two seats that had won by BJP was of marginal value. The obvious anti-governance stand prevalent against the Congress in Karnataka did not make any ripples this time. When Congress got two seats including the BJP stronghold at Bellari, the vacant constituency of Yedurappa after his election to the Loksabha had been claimed by his son who won by a mere 6000 votes.

Congress was also able to acquire one seat out of three from BJP at Madhya Pradesh and held on to the seat resigned by Chief Minister Amarinder Singh in Patiala. BJP lost 10 of the 18 seats.

Even though the elections have been done to the legislative assemblies, the issue that looms over is the same – that of “Hindu Rashtra Nirmithi”, that would become a reality under the five year term of the invincibly characterised Narendra Modi as per the notions of the RSS Chief Mohan Baghvath. Sangh parivar is very keen to make the public understand that the mere 32 per cent of votes won by the BJP in the Loksabha elections are more than enough to create a “Hindu Rashtr”. But no intellectuals or cultural activists have dared to correct it otherwise.

It should be noted that Modi government who had wrapped its tentacles over the law-making units and governing bodies is also scheming to bring in the Judiciary into its control and still no reactions have been reported against these moves. Modi who had created an ambiance of attempting to have a pleasant relation with the foremost enemy Pakistan during his oath ceremony had satiated the extreme Hindu forces by cancelling the meeting between the Foreign Affairs Secretaries.

It seems as if the ploys of the UPA government to achieve the capitalistic agendas over the past 10 years has gone in wind with the Modi’s faster and sooner means to please the corporate and new entrepreneurs—so says the every step he takes.

Modi is opening the gates to the national and international capitalist powers to the fields of defence, insurance and railways. The public had indeed marked their disappointment in this at least through their right to franchise votes as shows the results of the by-elections.

The by-elections focuses on another important fact that the secular party organised in Bihar had had been successful proves its victory. It was only because of the ephemeral parties that BJP was able to gain 31 out of 40 Loksabha seats. But this tragic incident had really opened the eyes of Janata-Dal (U) leader Nitish Kumar and RJD Chief Lalu Prasad Yadav and Congress. They have jointly competed and were able to unite the minority, backward community and secular votes and as result were able to gain victory.

But even with the Muslim majority in the two constituencies, the marginal victory of BJP gives the evidence that the Hindu Unity is prevalent at least to an extent. Even if this looms over, if a secular party group is able to be created in States where elections are to be held at the end of this year and in 2015, it wouldn’t be that much a problem to keep BJP harnessed.