Re-conversion for ‘cleansing’ the minorities 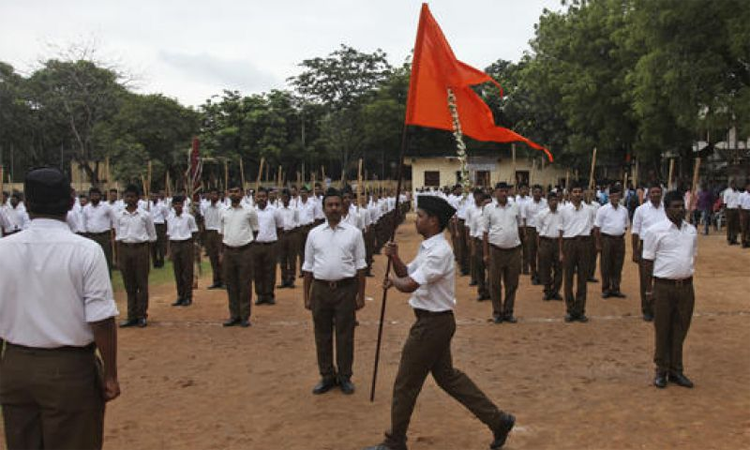 The BJP and the RSS are currently under the cloud following a new controversy rocking the nation.

Around 100 Muslims residing in Kabadi basti in Ved Nagar, Agra, UP, have been allegedly compelled to convert to Hinduism by the Bajrang Dal and Dharma Jagran Samanvay Vibhag activists. The people mostly slum dwellers living on rag picking have been duped into the undergoing the forced conversion or ‘Ghar Vapasi’ by luring them of BPL ration cards and Aadhar cards. Bajrang Dal co-convener in UP, Avanindra Pratap Singh, has come forward taking up the responsibility for the alleged re-conversion or ‘cleansing’ and has pledged to carry out a similar episode in Aligarh on December 25. The incident invited widespread criticism from inside and outside the party, the Opposition and the UN Council with the Muslim groups demanding immediate action against the organizers of the program. The new ‘converts’ revealed the truth to the media and denied being converted to Hinduism saying they were unaware of the event and came to know about it only later. They were reportedly given new names along with new IDs and ‘tilaks’, the red mark on their foreheads.

The BJP and RSS are against forced religious conversions and have implemented stringent laws to stop the conversion activities, if any, particularly in states like Madhya Pradesh, Chhattisgarh, Himachal Pradesh and Gujarat. The constitution guarantees the freedom to practice and profess any faith but the states have different laws regulating the religious conversions and punishment for breaking the law. Gujarat Freedom of Religious Act, a bill concerning religious conversions in Gujarat, is prevalent in the state according to which a person needs the permission of the District Magistrate to convert to a different faith failing which one could be jailed for up to three years. Despite the existence of such laws, the BJP and its allies are always in the forefront for converting the minorities including the Muslims and the Christians to Hinduism.

People have the right to choose their faith, anything or nothing, in a democratic country like India. But such harsh laws infringe the basic rights of the people which are against democracy. Taking advantage of poverty and duping the people into converting to a different faith for petty religious and political gains is cheap politics. Forced conversions will only aggravate the communal tensions in the country and the hatred among the people. The government had defended its stand saying that an FIR has been registered in the matter and the hardline supporters are apparently receiving a lot of encouragement. The government should be taking the responsibility of the incident and adopting the rightful steps to resolve the issue. With barely six months of Modi government in power, such incidents testify that the future of the religious minorities in the country is in danger.