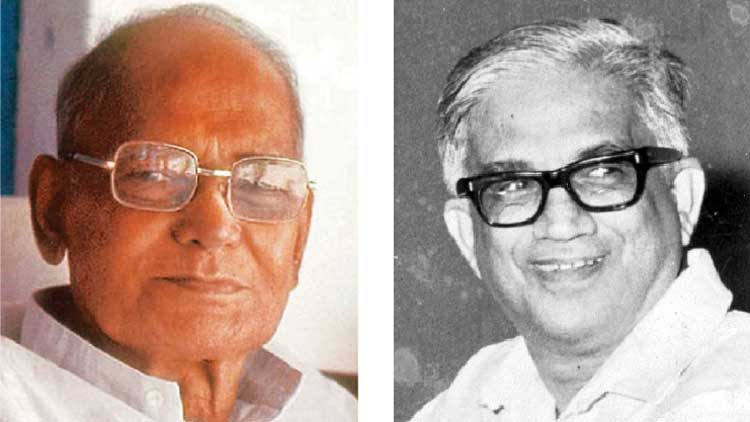 The six parties of the Janata Parivar, in Uttar Pradesh and Bihar, have announced their decision to merge into a new party emerging as the third largest bloc after the Congress on the national political horizon and posing a major threat to the BJP and its allies.

The ruling parties in both the states, Mulayam Singh Yadav’s Samajwadi Party, Nitish Kumar’s Janata Dal (United), Lalu Prasad’s Rashtriya Janata Dal, Om Prakash Chautala’s Indian National Lok Dal (INLD), HD Deve Gowda’s Janata Dal (Secular) and Kamal Morarka’s Samajwadi Janata Party will join together with Mulayam as the president of the new political front. Socialist Janata Democratic (SJD), a splinter group of the JD-S in Kerala, is already a part of the JD-U, led by Sharad Yadav. The new party, whose name, symbol and flag is yet to be declared, will have strength of 15 members in the Lok Sabha and 30 in the Rajya Sabha, where the present NDA government lacks majority. The amalgamation is aimed at achieving big in Bihar later this year where Nitish Kumar will be its chief ministerial candidate for the assembly polls and also in the 2017 Assembly elections in UP. The presence of the parties other than RJD and JD(U) is negligible in Bihar and the JD(S), SP, INLD and SJP have nothing to lose in that state.

The BJP had had a stupendous victory in UP and Bihar in the 16th Lok Sabha elections. Mulayam’s Samajwadi party and Nitish Kumar’s Janata Dal (United) and Lalu Prasad’s RJD therefore sought a merger. The good ties between these parties proved beneficial during the Bihar and UP Assembly by-elections. Biju Janata Dal in Orissa had not come forward for the union. In terms of vote percentage, the BJP-led alliance and the JD (U)-RJD are evenly matched. The BSP being the second ally after Samajwadi party, there are no apparent changes in UP. The Dalit and Muslim votes were shared between these parties due to which the BJP had an unexpected victory. The by-elections turned fruitful for Samajwadi Party as the BSP abstained from the polls. Om Prakash Chautala’s Lok Dal was rejected by the people of Haryana due to high corruption and the party’s incapability.

The BJP said that the new party would prove a failure and that it couldn’t stop the ruling party from winning Bihar. Democracy, secularism and socialism, the fundamental aspects of the country’s constitution and social setup, are facing huge challenges due to the fascist approaches of the NDA government. With just 38 percent votes, the NDA was able to secure majority at the centre only because of the instability and the splits between the secular parties. If the purpose behind the amalgamation of the Janata Parivar units is Modi’s persistent corporate alliances, anti-public and anti-secular moves, then the coalition is hugely welcome. For the NDA, the only obstacle in the path of accomplishing the Hindutwa agenda is the lack of majority in the Rajya Sabha and the Modi government is trying hard to overcome that. If the BJP and its allies find it tough to achieve their goals in the Bihar and UP Assembly elections, the ruling party’s dream of attaining majority would be lost. The emergence of stronger secular parties is need of the hour and their joining hands could easily suppress saffronisation agendas. But the BJP is well aware of their weaknesses and have already started moves with the aid of media and the Intelligence to topple their efforts.