A hapless victim of dissoluteness 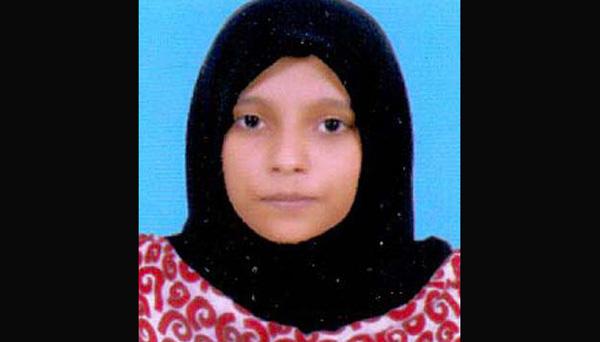 The tragic death of a student of College of Engineering, Thiruvananthapuram (CET) on Thursday night who succumbed to severe head injuries after being hit by a jeep driven by her college mate during Onam celebrations, poses many questions about the unruly life of youngsters nowadays.

Thasni Basheer, 21, a third year civil engineering student of CET, was hit by an open roof jeep driven by another student of the college on Wednesday evening inside the campus. The jeep full of students was taking part in the vehicle procession that included two jeeps, a lorry and hundreds of motor cycles which entered inside the campus despite a strict ban against the entry of students’ vehicles into the college premises. The event was organized as part of Onam celebration of men’s hostel. Admitted to a private hospital, Thasni who hails from Nilambur, Malappuram was in coma since then and underwent three major surgeries after being out on ventilator support. But the attempts to save her life had gone in vain. The students who were present in the jeep at the time of the accident were inebriated and liquor bottles were reportedly found inside the vehicle. People, especially youth die in accidents mainly during the festive occasions and New Year celebrations. One of the main reasons for such mishaps is the consumption of intoxicants during the festive occasion that eventually lead to a state of uncontrolled ecstasy. The police department had carried out stringent inspection following reports of increased consumption of intoxicants in school and college premises. About 6736 cases were registered during the last 9 months in the scrutiny. Around 6500 people were arrested related to the distribution and consumption of such harmful substances in the last two months. The students’ wing in charge of curbing such appalling acts is behind such events. The members of the Left wing parties who constantly express their anxiety over the apoliticality of the campus had reportedly sponsored the event.

A similar incident occurred in the same campus 13 years ago when a student Amita Shankar was rammed by a bike run by a fourth semester student in 2002. But the young generation seemingly hasn’t learnt their lesson from the mishaps. The CET mishap reinforces the criticisms that the students’ outfits are apolitical and that the students’ Left wing outfits including SFI had turned to dissolute ways. The progress achieved in the field of literacy, education and social development garnered appreciation for Kerala not only from other states but at the international level as well. But at the same time, the consequences of young generation turning into a consumption society day by day are grave and require essential analysis. The youths engage themselves in self indulgence, luxury and immoral activities with the parents and teachers failing to curb the ill effects of technology, the visual and social media. They are rendered helpless failing in their attempts to inculcate good virtues and values in children. When the celebrations which are meant to double the joy and strengthen the ties, go beyond the ethical boundaries, it leads to such hapless tragedies.