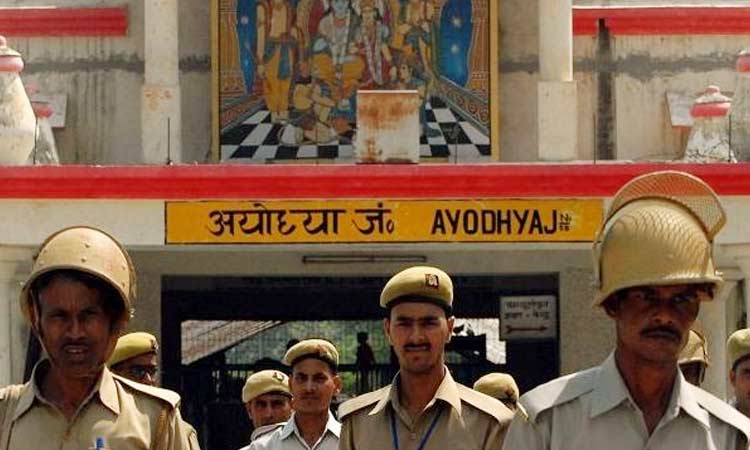 The Vishwa Hindu Parishad (VHP) had unloaded two trucks of stones for the construction of Ram temple in Faizabad, known as Ayodhya in Uttar Pradesh at the site where the Babri Masjid once stood , almost six months after it announced its nationwide drive to collect stones for the purpose.

About 2.25 lakhs cubic ft of stones is required for the construction of the temple and 1.23 lakh cubic ft of stones are ready at the VHP’s head quarters, the Ram Janmabhoomi Nyas in Ayodhya. According to Mahant Nritya Gopal Das, the president of Ram Janam Bhumi Nyas, the rest would be collected nationwide from the Hindu devotees. About 35 tons of pink sandstones were unloaded on Sunday and the ‘Shila Pujan’ (praying of the stones) has been performed by Das. Despite the several announcements and ‘signals’ from the right wing groups, when the construction would take place isn’t exactly clear. RSS Chief Mohan Bhagwat recently said in Kolkata that a Ram temple would surely be build; but he remained silent on when it would happen. If the Sangh Parivar comes to power under the leadership of Narendra Modi in the 16th Lok Sabha elections, construction of the Ram temple was one of the assurances from the BJP during its election campaign. Babri Masjid was demolished on December 6, 1992 by Hindu fanatics who claimed that the mosque was built on the plot of land where Lord Rama was born. Issues related to the Babri Masjid site regarding the ownership of the plot are still part of an unresolved legal dispute in the Supreme Court. No construction is possible at the site at present. The demand for building the Ram temple would become more strident when the general elections approach. For the construction to take place even before the court verdict comes, the VHP and the Hindu groups should openly admit its rejection. Else they should inform the court after reaching a compromise over the ownership of the plot with the concerned parties outside the court. Since the appeasement efforts have so far remained futile, it’s most likely to remain the same in future. Given that the country is presently ruled by a Hindu government under Narendra Modi, the Sangh Parivar is aware of the severe consequences if they carry out public contempt of court and go ahead building a temple at the seized Babri Masjid plot.

However, the reasons behind the present hullabaloo are clear. The Sangh Parivar is concerned more about securing votes by igniting the sentiments of the majority community rather than constructing the temple. While they have been successful several times, there have also been futile attempts. They haven’t found a more effective tool for playing up extreme sentimentalism and taking advantage of the communal polarization created by them. BJP’s senior leader L K Advani had launched a nationwide rath yatra in 1990 that tossed the party into power in Uttar Pradesh in 1991 becoming the main opposition in the Lok Sabha. But the fact that the Hindutwa groups remained unsuccessful in building a temple during the stint of Vajpayee’s NDA government between 1999 -2004 is noteworthy. Despite all the declarations, construction of temple has so far remained as a dream. Also, Mayawati’s Bahujan Samaj Party and Mulayam Singh Yadav’s Samajwadi Party who showed no interests in the construction of Ram temple were seen rising to power in Uttar Pradesh. That the BJP swept the Lok Sabha seats in the state in the last Lok Sabha elections only by destabilizing the Dalit, backward class and Muslim votes is undeniable. The Sangh Parivar lacks the confidence to face the state assembly polls in 2017 due to the recent debacles in Delhi and Bihar. It’s in this scenario, the right wing groups are compelled to seek refuge in building the Ram temple under the cover of VHP. Since the Akhilesh Yadav government in the state has made the law and order system more stringent, the Hindu fanatics might not attempt a bloody confrontation. But they are sure to incite religious fanaticism within the majority community. The communal conflicts are already giving headaches for the Samajwadi Party government. With the situation tense, if the secular parties didn’t back the government to counter new provocations, communal forces would surely have an upper hand.