A wave of change in Gujarat 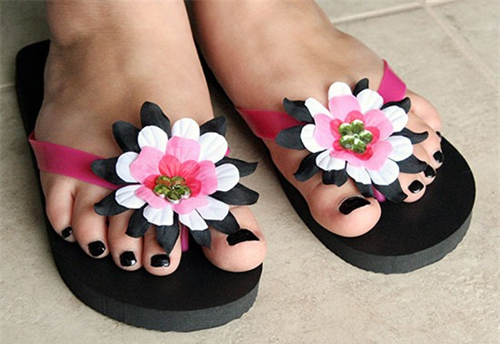 Gujarat has played a significant role as the experimental lab of the Hindutwa agenda and in promoting Narendra Modi to the Prime Minister’s post.

But things have apparently taken a turn indicating a wave of change in Gujarat. The outcome of the polls to the local bodies in Gujarat held on November 26 and 29 signals a dwindling supremacy of BJP the party had maintained so far, in both urban as well as rural areas of the state and the Congress making a spectacular comeback in the rural areas. The towns and cities are still in the hands of the BJP. The Congress put up an impressive performance by securing 20 of the 31 district Panchayats while bagging over 130 of the 230 Taluk Panchayat bodies giving a jolt to the PM and his party. In the previous elections, all the 30 Panchayats were in the hands of the BJP. Congress have reaffirmed its presence by security a majority of the 4778 wards while the BJP managed to retain its hold on the majority of the 6 Municipal Corporations and 56 Municipalities. In the Rajkot Corporation, while the Congress bagged 34 seats, the BJP retained power with the support of the majority of four members. The results are a massive setback for the state’s Chief Minister Anandiben Patel, Prime Minister Modi and BJP President Amit Shah. The sweeping victory of the Congress in the Mehsana Municipality, the birth place of the Chief Minister as well as PM Modi proves that the people have begun contemplating a change in the state. The BJP has scored badly in Vadodara as well. However, the party managed to grab Viramgam Municipality that is the centre of the Patel agitation for reservation and also the birth place of Hardik Patel. This proves that those backing the reservation agitation haven’t been able to influence the people much.

The Congress to an extent has received the support of the Patel community. Beyond the caste and religious divides, the anti-government sentiments and the dejection towards the saffron politics are what have influenced the election results. The highly publicized ‘Gujarat model’ is just another propaganda effort of the BJP. The election results are also a reminder of the people finally realizing that it’s a propaganda tool tactfully developed for projecting Modi as a model ruler and also for finding a propaganda agenda beyond communal and divisive issues for the right wing politics. The failure of the BJP in implementing schemes aiming to improve the life standards in rural areas and targeting socio economic upliftment might be the reason for the disappointment of the people forcing them to turn to Congress, the party they once ditched. The results are also a warning to the politicians that it’s impossible to always receive the support of the citizens by banging on sentimental and communal issues. The massive jolt in the Delhi Assembly followed by the humiliating defeat in the Bihar Assembly polls and the unexpected setback in Gujarat civic body polls have ruined the calculations of the PM and his party. The leaders of the Congress are least likely to claim their organizational strength and tactfulness as the reasons for the political triumph. The Congress hasn’t made any effective moves so far to regain their lost repute in Gujarat. The leaders of the party don’t even see the elections with deserved seriousness assuming that they won’t be able to beat the ruling party.

With no powerful state leadership or leaders with strong public backing, Congress could in no way be expected to return to power. But the latest triumph in the civic polls would give the party enough strength to contest in the 2017 Assembly elections. Even though the urban areas are still under the hold of the BJP, the Congress leaders are optimistic of a political shift that could be achieved if they work harder. The democratic future of Gujarat depends on whether the Congress would be able to bolster the organization and strengthen its ties with the people.