Locking horns with the judiciary 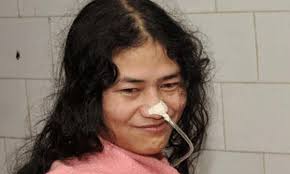 The Kerala High Court Judge has strongly come down on the Advocate General saying that the AG office should be closed down if it was not functioning properly.

Justice Alexander Thomas critisised the functioning of AG office, asking it to take lessons from the state of Tamil Nadu. He said that the law officials working under the AG were not carrying out the proceedings effectively and were not producing the required documents, details and reports on time as needed by the Court. It’s not the first time the AG’s office has been critisised. The High Court judge Justice Haroon Rasheed had expressed displeasure over the inefficiency of lawyers in the AG’s office along with other benches of the Court. But all the criticisms didn’t bring about any changes in the working manner of the office. Even though Justice Thomas goes overboard in his criticisms, his remarks pave way to significant discourses targeting the ineptness of our judicial system. He has pointed out several times the denial of justice in the case of petitioners, the time delay of the proceedings and the wastage of time of Court due to the sloppiness of the law officials. The AG’s office has been under fire since four years. The negligence of the officials leads to indefinite delay of court proceedings or result in a failure of the case. The judge himself accused the officials of pandering to the demands of the opposite parties and for acting as nominees for the abkaaris and businessmen. All these indicate the level of corruption and partiality inside a court room. The fact that consistency and dedication is seen only in the much controversial solar case and not any other is to be noted and signals the ‘interests’ of the AG’s office beyond the legal boundaries.

The Supreme Court had earlier observed that the court verdicts were influenced mainly by political motives and money. Many controversial cases involving high-profile politicians and government staff brought before the Court were against the people’s interest particularly the cases related to land acquisition, higher studies and granting permission to bars. Upholding justice alone is not sufficient. It should also be sincerely implemented. There are numerous cases still lying unresolved. Appointing law officials without properly considering the eligibility, qualification and capability would adversely affect the efficiency of the judicial system. It leads to denial of justice, sometimes indefinitely and makes available the government or public resources to the non-deserving individuals or groups. On top of all these hurdles, the court proceedings move at a snail’s pace. The concerned Ministers and authorities instead of resolving the complications, hurl personal allegations against the Judge. This would eventually lead to the common man losing faith in the judiciary. The Chief Minister should take steps to ensure a smooth and transparent functioning of the AG’s office and should also safeguard it clear of controversies. The observations of the High Court have reinforced the people’s skepticism over the government’s intervention in judicial proceedings.