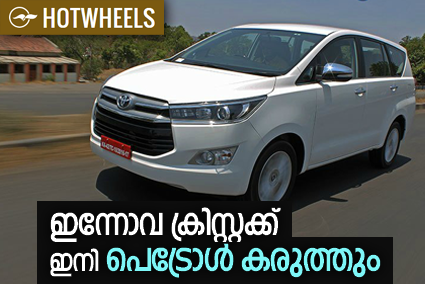 Media is an integral part of democracy playing a vital role in shaping it and acting as a bridge between the government and the people.

The press touted as the fourth pillar of democracy exercises the right of freedom of speech and expression which originated from the US Constitutional amendment. This fundamental right of freedom of press is essential for political liberty and proper functioning of democracy. A number of legislations have been in existence for controlling the press since the time of British government and laws that provide legal security were ratified during the time of the print version. It has evolved over the years advancing to electronic and online versions including social media. The realization that the media is as significant as the other pillars of democracy in reinforcing the democracy and protecting it from bad governance and decline, led to the legal security that enable newspapers and journalists to function without fear.

The online media has a greater chance of getting misused when compared to the traditional media and therefore they are more powerful than the print media in safeguarding and strengthening the democracy. There are many instances of the online media bringing to light the anti-public and anti-democratic moves often deliberately ignored by the newspapers and channels. The online media is more popular among the people and possesses a representational character for carrying out democratic discourses which is essential for the development of democracy. There exist two other modern techniques that cannot be categorized under the press but facilitates democracy. They are the RTI groups and the whistle blowers. The freedom of press has to be essentially instituted so as to ensure their safety and freedom. The transparency of the government and the right to information forms the core of democracy.

Instead of augmenting the liberty of press, several factors pose threats to its existing safety and security. The whistleblowers who leak the governing flaws are tracked down even in Kerala. Traditional and social media journalists, who are identical in the responsibility charged with as well as the challenges faced, are also not spared. Incidents of several social media journalists who were attacked for voicing their protests against senior politicians have also been reported. Many whistleblowers face potential death threats. TV reporter Akshay Singh was killed while he was covering the much controversial Vyapam scam in Madhya Pradesh. Another journalist Sandeep Kothari was burnt to death for writing against the illegal activities of the corrupt officials and collecting evidences against them. Raghavendra Dube, editor of a local newspaper was murdered for covering the police raid on a dance bar in Mumbai.

Uttar Pradesh based journalist Jagendra Singh was set on fire in Shahjahanpur by the local policemen and goons allegedly for writing against the illegal mining and corruption of Ram Murti Verma, the Uttar Pradesh Minister of Dairy Development on social media. There are several other whistleblowers including journalists and RTI activists who have been subjected to attacks and illegal detention. It is the interests of democracy and transparency, the fundamental aspect of democracy, to protect them. Therefore the decision of the National Crime Records Bureau (NCRB) to investigate the attacks on the whistleblowers is commendable. The interpretational boundaries of journalism have to be broadened in order to protect as well as incorporate transparent functioning. The people who actively and genuinely utilize the social media for fighting corruption and other menaces should also be categorized as journalists and should be ensured democratic freedom and protection. Procedures like registration and accreditation must also be made open to discourses.