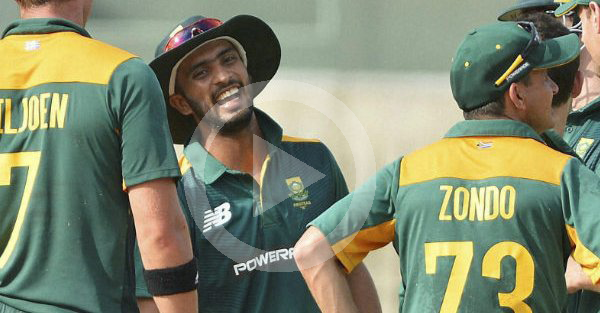 The 12th South Asian Games (SAF) allotted to Kerala by the Indian Olympic Association (IOA) to be staged in October-November has been taken away by the Union Sports Ministry leaving the state in a jolt as it starts preparations for hosting the event.

The decision to change the venue of the sporting event formerly known as the South Asian Federation Games came after the intervention of the Union Sports Minister and Assam native Sarbananda Sonowal. The IOA had asked the three states Assam, Kerala and Meghalaya, seeking their interest in hosting the SAF games. While the Assam government declined citing the lack of funds for the renovation of the infrastructure and the huge expenses it had to bear for the arrangements, Meghalaya too responded negatively. The IOA was keen to allot the event to Kerala after the state had successfully hosted the 35th National Games. Kerala replied positively following which it was allotted the sporting event. When the suggestion was presented before the Sports Ministry, the Union Sports Minister opposed the decision. Sonowal had expressed his desire to stage the event in any of the North Eastern states. The looming Assembly elections in Assam next year is also another reason for conducting SAF games in the state. He spoke to the Ministers of Assam and Meghalaya and convinced them to change their decision by assuring that the Centre would bear the entire expenses for building the infrastructure and holding the event. Concessions would also be allowed for the arrangements including the games village. The SAF games would therefore, now be held in Guwahati and Shillong.

Kerala has always been neglected by the Union government be it the Mullaperiyar dam issue with Tamil Nadu, the matters concerning the criteria for road development or the issues of trolling restrictions. Despite contributing a lot of revenue for the Indian Railway, the state has been ignored by the Centre as well as the bureaucrats in the field for many years. During the previous UPA rule, which had several Keralites at the Centre and the present NDA government which hardly has any Malayali presence, the state continues to be neglected. Narrow-minded political and provincial motives of the Ministers overlap the national interests which get reflected in the government decisions. Righteousness and justice are not the criteria followed but the interests of the political and communal inclinations of the people in power. The Centre’s decision to change the venue of SAF games from Kerala is the latest instance of this bias.

The recent incident of the Aligarh Muslim University cancelling the medical entrance exams for 2015 is another example of the negligence and injustice shown towards the Keralite students and the state. The AMU on May 29th cancelled the entrance examinations for the MBBS and BDS courses citing inconsistencies in the exam results. More than fifty thousand candidates had appeared for the exams held on April 26 this year, in 11 centres across the country. Doubts were raised after more than thirty candidates out of 4000 who had attempted their exams at the Farook College centre in Kozhikode, cleared the entrance tests and qualified for admissions. No evidences were found to substantiate the allegations by the University authorities. The entrance exams were conducted by the officials specially appointed by the University. The move clearly reinforces the allegations of the North Indian lobby functioning to eliminate the Keralite students excelling in competitive exams. Laws in the country exist for eliminating controversies and ensuring justice. When the laws pertinent to everyone equally are toppled due to the personal interests of the authorities, justice is denied. Such moves and decisions are therefore discriminatory and bigoted. The Centre should take steps regardless of individual and party interests and ensure justice to every citizen.