Deciding the fate of Bangladeshi Hindus 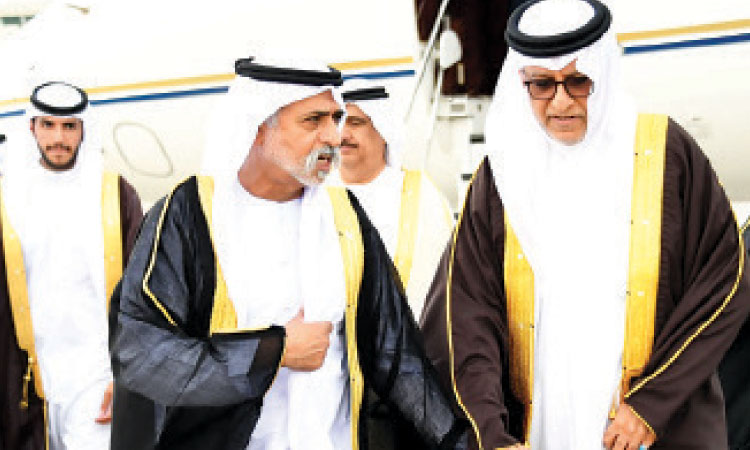 The BJP-led NDA government would soon be submitting a policy document to the Supreme Court regarding the granting of citizenship to the Hindu-immigrants from Bangladesh residing across 18 states in India.

As per the document formulated by the Home Ministry, thousands of these Hindu immigrants would initially be given refugee status and an Indian citizenship later. The Centre is expected to submit the document in response to a case filed in 2012 by two non-governmental organizations, Swajan and Bimalangshu Roy Foundation appealing in court that the Hindus and people belonging to minorities from Bangladesh migrating to India fearing religious persecution must not be bracketed with illegal migrants and sent back. In Assam, animosity towards the refugees from Bangladesh has been rampant and is a strong political issue. Millions of Bangladeshis have flocked to the country to escape war, poverty, famine and religious persecution, particularly the Hindus. Now, the Modi government has decided to respond favourably towards the plea. BJP President Amit Shah, while in Assam on April 27, had announced allowing Indian citizenship to the Bangladeshi Hindu refugees foreseeing the looming Assembly elections in 2016.

The earlier UPA government had been critisised for not taking a proper stand and dragging the issue. But given the sensitivity of the matter, the Congress government was not able to find a peaceful solution. The Centre’s move is to defy the allegations that granting citizenship to the Hindus and sending the Muslim refugees to exile were discriminatory. The BJP sees it as part of accomplishing their communal agenda. According to the Assam Accord of 1971, all persons who crossed over from Bangladesh after the same year are to be deported. But the ruling party doesn’t seem to agree to the changing scenario and believes that the Bangladesh Awami League wouldn’t oppose their move. During the 1947 partition, Hindus from East Pakistan, the then East Bengal, had migrated to India. The refugee crisis worsened after the 1971 Bangladesh war. Millions of Bangladeshis flowed into West Bengal during the 1971 war of independence, which led to the creation of the state of Bangladesh out of East Pakistan. As per the 1951 census, East Bengalis form 21 percent of the Kolkata’s population. Nobel laureate Amartya Sen, noted film director Bimal Roy, and footballer Chuni Goswami are some of them.

But the locals claim that the Muslim immigrants who are right away branded as Bangladeshis pose a threat to their harmony, economy and the very identity of the country. The Muslims who speak Bangla were dubbed as Bangladeshis and attacks were lashed out at them. Their influx would thus only aggravate the conflicts. The exact number of these immigrants is not known as they reside across 18 states of the country. Assam Students Union (ASU) in 1983 had demonstrated demanding the deportation of the Muslim refugees and at least 5000 had lost their lives in the clashes in Nellie. The Hindutwa forces, who demanded to deprive the Muslim Bengalis of their nationality, are striving hard to achieve their goal. Dividing them along communal lines giving citizenship to one section and forcing the other into exile is not justifiable. The move is also likely to affect the ties with Bangladesh. The Sachar Committee report recommends adopting steps like reservation to improve the status of Muslims in the country that are below the Scheduled Castes and Tribes. It wasn’t encouraged citing that no reservation could be provided based on religion. But it is ironical that the demand for refugee status sought by the East Bengalis would only be accepted by the Centre on the basis of religion.