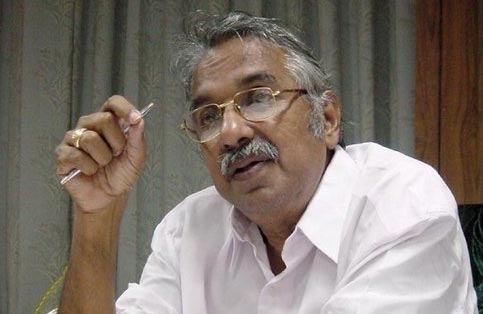 The Kerala government that had issued an order curtailing the creative and cultural activities of the government employees put it on hold on Monday evening after strong opposition from various quarters.

The order issued on November 11 restricted the ‘literary, creative, academic and cultural activities’ including appearing on TV talk shows and publishing books of government servants inviting widespread protests. Chief Minister Oommen Chandy has asked the state Chief Secretary to look into the matter and submit a report. It’s necessary for the civil society to be vigilant so that the outcome doesn’t emerge as a mere official decision. The tendency behind the move is not yet known. The government employees have to first get the permission and submit an affidavit that their creative work is not meant for profit before they pursue it and could go ahead only when they get approval. Even though the government has frozen the order, the potential threats raised haven’t yet subsided. The Chief Minister should call off the order realizing its threat to the cultural heritage of Kerala. If expressing different views on channels due to the tiff between the officials and posting contradictory statements on social media like Facebook and Twitter are creating problems for the government, imposing such stringent moves are not a viable solution. Considering the fact that many of the great personalities who served the ‘Malayalism’ and gave enormous contribution to the field of art and literature were government servants, it was an unfortunate move by the government that’s likely to ruin its image when only two months are left for it to step down. Those behind the controversial order failing to recall the reality that renowned writers like Ulloor, Malayattoor, ONV, S. Guptan Nair, Prof. M Krishnan Nair, Narendra Prasad, Ayyappa Panikar, Chemmanam Chacko, C N Sreekantan Nair and Babu Paul who expended our cultural horizons served the government in one way or the other, is pitiable.

As per the Section 48 of Kerala Government Servants Conduct Rules, they can pursue creative activities without prior permission provided there should be no hindrance to work. According to the latest order, the authorities would decide on whether to grant permission or not after analyzing each and every case specifically making the situation more precarious and curbing down the creative and cultural endeavours of the employees. A government official who pens poems should submit it to the boss, get his sanction and then publish it. It’s an obvious fact that the senior officials never have shown broadmindedness in accepting or encouraging the talent and brilliance of those working under them let alone enabling them to nurture the talents in their own inspirational world. The present times plagued by cultural decay remind us that most of them cannot tolerate the creative growth of their subordinates. It is the right as well as the duty of the senior authorities to ensure that the tasks have been performed properly and not to put scores or brand the creative works of the geniuses. When the society is taking retrograde steps, these restrictions imposed would only lead us into more darkness. The democratic government should strive to become the champions of light and not the savours of darkness. Its foolishness to expect all senior officials to possess the ability to take in the deep profound research works. These geniuses shouldn’t bow before the bureaucracy that fails to comprehend the meaning of creativity. Covertly determining to restrict these cultural activists who brave against injustice and Fascist tendencies using art and culture is part of the awful attempt to seize the freedom of expression guaranteed by the Constitution. We wish to remind that it’s the responsibility of each and every citizen to let know the concerned that the efforts would only be futile in Kerala.