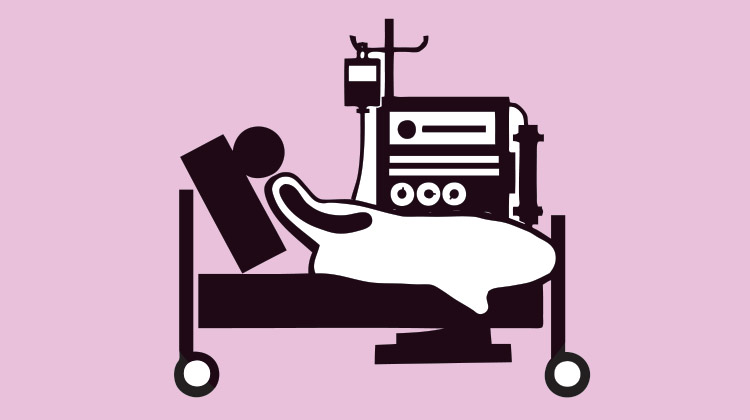 The recently released report by the National Sample Survey Organization (NSSO) under the Ministry of Statistics of the Central government is a shocking eye-opener regarding the morbidity rate of Kerala and deserves profound attention.

According to the study by the organisation, the morbidity rate of the state was 250 per cent more than the national average. The report negates all the perceived bragging by Kerala that ranks among the top developed countries in the field of healthcare. The number of hospitals, the number of hospital beds and the average lifespan of the people are often taken into consideration. NSSO is the largest organization in the country that conducts regular socio-economic surveys. The study says that 7 out of the 10 60-year olds have health related problems with 310 people in villages and 306 people in cities out of 1000 becoming unwell in two weeks. The survey might have considered the people who visited hospitals for treatments and those who get admitted following diagnosis. Compared to the other Indian states, Kerala is far ahead of other states in the case of doctors, number of hospital beds and other health care facilities due to which the number of patients would also automatically increase. While Tamil Nadu which has comparatively better treatment facilities rank next to Kerala in the number of patients, other backward states like Bihar, Jharkhand and Chhattisgarh are much behind in their ratio. In India where 1 out of 5 women in the villages still get their deliveries done at home, only 3.7 per cent women in Kerala opt for the same. While around 30 per cent of the total population has blood pressure, 1.25 lakh suffer from Cancer in the state. These reports can’t be neglected. The unhealthy lifestyle is mainly seen as the reason for the increasing morbidity rate. The anxiety is compounded by the fact that being a consumer state, almost all the food items are adulterated and toxic with harmful pesticides posing grave threats to health. In Kerala, people have no option but consult doctors and follow medication.

According to the survey, 1 out of 4 villagers and 1 out 5 urbanites who get hospitalized borrow money for paying off their medical expenses. About 60 per cent of the people getting admitted to hospitals and 70 per cent receiving OP service prefer private hospitals to government run hospitals despite huge fee charged. The private hospitals charged 4 times more than the government hospitals when the authorities believe that the actual amount may be much higher. The hard earned money is thus spent on the endless list of medicines prescribed and the hospital facilities. Cardiologist and former Vice Chancellor of Manipal University Dr B M Hegde, during Global Homeo Convention in Kozhikode said that over usage of medicines and their side effects were the causes of deaths and not diseases. The Keralites are in short, emptying their pockets on the on spurious drugs including specious ones that pose a threat to the lives of people. Given the unhealthy lifestyle habits, the treatment methods and the current circumstances where the health sector is exploited by a corruptive few, an escape from the misery is least expected. It is the government as well as the people who should join hands to tackle the situation.