The dilemma of the Left 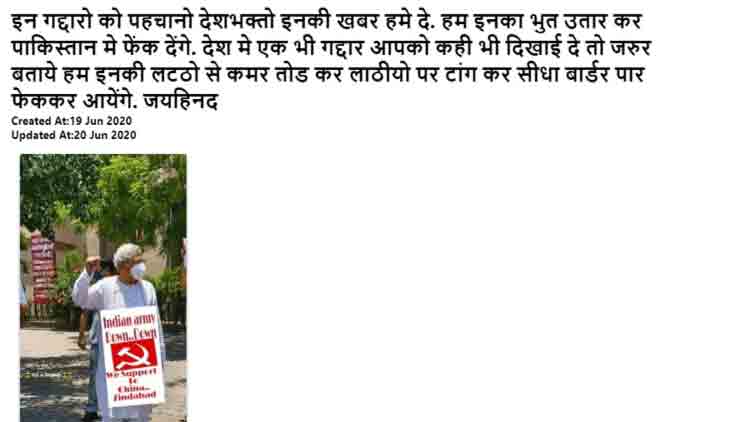 In the rapidly changing Indian political scenario, the political parties are likely to face threats to their survival as well as existence if they fail to incorporate new realities or adapt themselves accordingly to the changing circumstances.

Despite dubbing it as opportunism by the opponents, they will have to rise to the occasion, rectify their position as well as policies as and when needed and also embrace today what was they rejected yesterday in order to avoid being ousted from the political mainstream. The political parties that refused to undergo these changes at the right time or lately no longer exist in the country today.Declaring Congress as their main opponent, the Left parties had been striving hard to overthrow the party from power. However, when the BJP and NDA assumed power, they reconciling with the Congress and backing the Congress-led UPA government for a period of nine years is an instance. The Congress wasn’t reluctant to accept the support of the Left as well. Another example is the BJP expressing willingness to form a government with PDP that was kept away for displaying a soft stance towards the Jammu and Kashmir separatists. Given such a scenario, the West Bengal faction of the CPM mulling over taking on the Trinamool Congress in the impending assembly elections in the state couldn’t be seen as unusual. But the unit’s suggestions have become a topic of controversy at the national level. The CPM Politburo and the central committee are scheduled to meet in Delhi to discuss and decide about the matter in detail.

The proclaimed agenda of the CPM state unit in the approaching elections in Kerala is to regain power from the Congress and the UDF with their right wing backward economic policies and the soft Hindutwa stance. The concern that an alliance with the congress in West Bengal contrary to their agenda would adversely affect the election campaign and land the people in a dilemma with the BJP taking advantage of the situation and trying to gain political mileage is what has led to the crisis. Both the state units have expressed their stance before the Politburo as well as the central committee. The leaders are unable to reach a decision as well. While the CPM general secretary Sitaram Yechury is more inclined towards the stance of the Bengal faction, the former secretary Prakash Karat backs Kerala with both having their own justifications. This has led to a fissure within the party. CPM’s Bengal unit as well as the central leadership is well aware of the fact that the party would lose its foothold in West Bengal if it faces another debacle in the state assembly elections.

The calculations of securing a majority if entered into an alliance with Congress might not become a reality as predicted by some surveys. But the CPM as well as the Congress would sure gain the strength to survive. What is the point in claiming about the firm stance of the party if it failed to make its presence felt inside and outside the assembly? On the other hand, if the Oommen Chandy government continues to remain in power, the party would have to forget about Kerala, its main foothold at present. Democracy, secularism and anti-corruption are reduced to mere words when the matter of survival is at stake. If the Left parties and the Congress join hands or be on the same side, whether the Trinamool Congress would surely oppose the Congress-BJP ties is also unpredictable. Mamata Banerjee who leads the Trinamool Congress lacks the required experience and foresight. The Right wing extremists would only be glad if the Muslim votes are split between the Trinamool, Left Front and Congress. Given that India’s federal system affects the states’ politics, it should be realized that more secularist democratic alliances would arise in future.