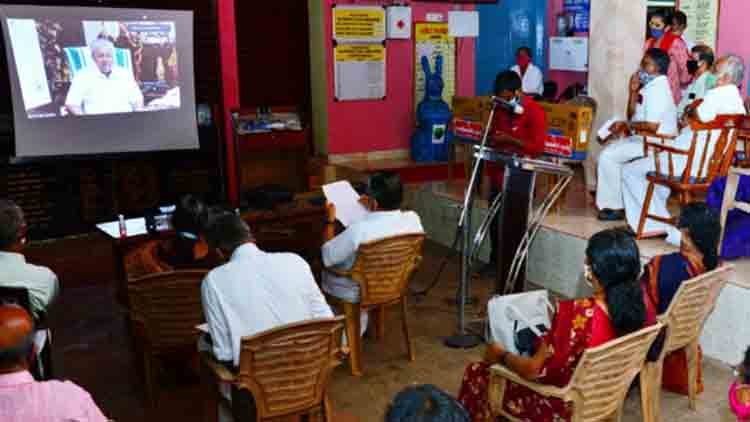 The fourth International Congress on Kerala Studies, organised by AKG Centre for Research and Studies under the CPI(M) recently concluded in Thiruvananthapuram.

The sessions of the Study Congresses are usually rich with myriad analysis related to Kerala and has been attracting a lot of attention. The sessions re-confirm the beliefs related to the development policies that would be adopted when the Left Front comes to power. The main interesting fact is the conclusion that the CPI(M) is officially making changes in their perspectives regarding the state’s development has become rampant. The analysts point out that the presiding speech by CPI (M) politburo member Pinarayi Vijayan hints at the formation of the party’s new stream. The meet turned the venue into a space for policy declaration for Pinarayi with him presenting a new approach for the comprehensive development of the state. His speech included the anxiety over insufficient foreign/private investments in Kerala along with stressing on the need of road development so as to facilitate journey from Thiruvananthapuram to Kasaragod in six hours. Many believe that it was part of attempts to create a ‘developmental image’ for the leader tipped to be the next Chief Minister, in order to lure the middle and elite classes. Chief Minister Oommen Chandy had said that he was the ‘happiest person’ for CPI(M)’s new development agenda adding that Pinarayi finally recognized his government’s process of development. The skepticism over the need of another group to implement the development agenda of the Congress will be used by both the Congress as well as the UDF for their political propaganda.

The development agenda presented by Pinarayi has not been newly undertaken by the CPI(M). The governments under the leadership of the party have been carrying out such tactics recently. Singur in West Bengal and Kinaloor in Kerala are few instances of bloodshed. The leaders in Singur have declared setting up the car factory if they come to power. Unable to proceed due to the lack of trust from the public organizations thanks to the innate arrogance, such moves under the leadership of CPI(M) usually end in huge conflicts. As far as the society is concerned, it’s a fact that the Keralites have gone wrong in matters like development and urbanization. The role of the Left Front in this failure is huge. It’s also one of the biggest propaganda tools of the Right Front against the Left. A middle path that linger between the unconstrained development arguments put forward by the Right Front and the blind licence raj implemented previously by the Left , one that is progressive as well as benefitting the public should have been developed. The CPI(M)’s Study Congress has seemingly failed in comprehending such an outlook. It has actually failed to raise questions related to the state’s development. Malabar area is a region oft neglected and isolated as per all the criteria related to development. Many are skeptical over raising the issue of development discrimination faced by Malabar. The organizers of the meet failed to incorporate a session related to the matters pertained among several other sessions. The CPI(M) leaders had earlier said that speaking up Malabar development in particular was terrorism. The Study Congress also didn’t put forth suggestions related to development issues faced by the Dalits as well as the Muslims, who lag much behind the Dalits according to the findings of the Sachar Committee. It’s a time when the suppressed and neglected speak up and raise questions. Instead of targeting the LDF, carrying out a re-analysis on what went wrong would yield effective results.