The shackles of racism 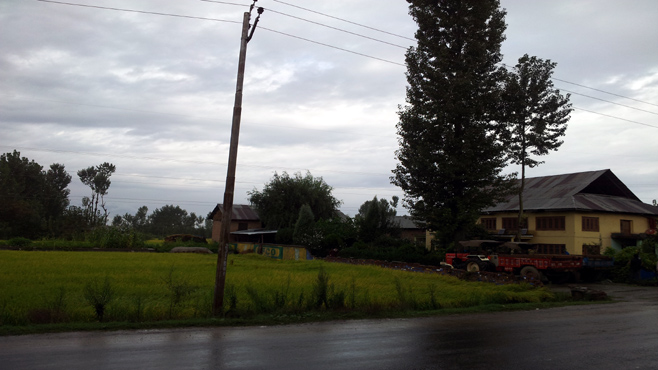 Hate crimes are on a rise across the US with three Indians Srinivas Kuchibhotla, Harnish Patel and Vikram Jaryal shot dead by racists, weeks after Donald Trump was elected president.

One of the murderers yelled ‘get out of my country’ while pulling the gun. In India, special prayers were held by Hindu groups for Trump’s victory in the presidential elections. Altering the policies of defense, business, agricultural and energy according to their vested interests and convenience, declaring their enemies as common foes and allies as common friends as well as expressing submission as much as possible , the governments here have been frantically vying for almost two and half decades to be in the good books of American imperialism. The Indian government in recent times have shown no hesitancy in praising the US incursions against the humanity. However, the murders of these young Indians establish that such ‘rituals’ aren’t sufficient to overpower the racial hatred, entrenched in the human psyche. So far no actions have been apparently demanded by the Prime Minister or other leaders who boast about the India-US bonhomie to avoid repeating such tragedies. Is it their moral lack of rights due to the failure in reacting against racial murders that prevents them from doing so?

It was only recently that a group of African students were brutally attacked in the capital city. The incident is not the first of its kind. That it won’t be repeated in future cannot be deemed. Yet another side of racism came to light during the antics of Sangh Privar leader Tarun Vijay when he refused to recognize the mob violence against the Africans as racial. In an effort to prove that Indians weren’t racist against dark people, he described the country’s tolerance before the world claiming that if Indians were discriminatory, they wouldn’t have lived with South Indians, the ‘black people’ in Kerala, Tamil Nadu and Karnataka. Nothing more can be expected from the poster-boy of an ideology that doesn’t consider Dalits even as humans, and believes that it is the duty of the lower castes to bear the dirt of the upper class. However, the reality that this ideology taking deep root in our society and moulding the public conscience of our country in a way so as to put up with such atrocities, is shocking. Not only the Africans with black skin, but also the Keralites and Tamils become victims to racist attacks and insults in Indian cities. There are incidents of refusing even houses and hotel rooms for accommodation. The contempt towards the migrant workers by the Keralites is also pure racism.

The people in the north eastern states still pledging their loyalty towards the country and its government might be only because of their trust in the Indian democracy as well as their broadmindedness. The north eastern regions are facing a decline due to the negligence of the government and the armed conflicts. The number of people from those areas migrating to Delhi and other big cities for higher studies and employment dreaming of a bright future, comes to over two lakh. Racial slanders, manhandling, isolation and at times death-rods are what awaits them. Even while the mainstream doesn’t tire of bragging about integration and nationalism, they are reluctant to even recognise those with flat noses and small eyes as Indians. From Danny Denzongpa, the epitome of might, to Olympian Mary Kom, many have endured the downsides of racial isolation. A study conducted by Jamia Millia University reveal that about 81 per cent of the students from North eastern states become victims to racist attacks. It was here in Kerala where people are perpetually hunted down in the name of colour, race, religion and customs, where the ‘huge sacrifice’ of accommodating migrants from other states are seen as something to be boasted of, that the most number of candles were lighted in condolence of Nelson Mandela, the anti-Apartheid leader.