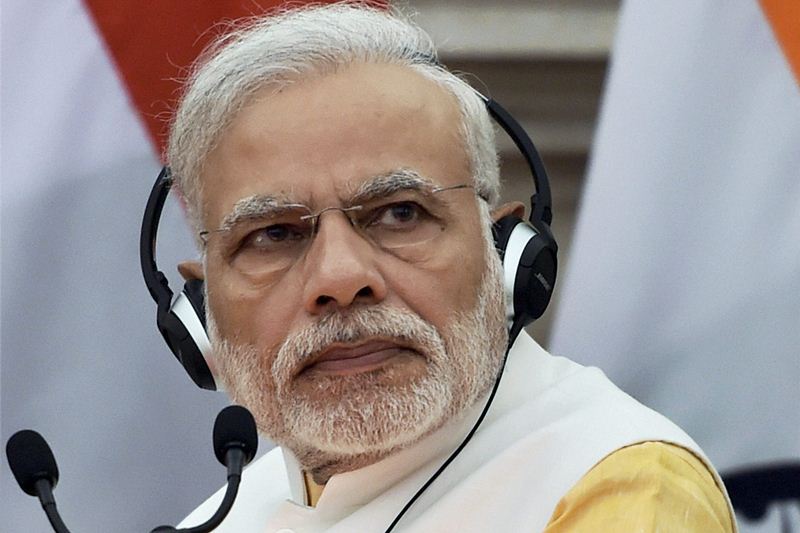 One day, suddenly the milestone markings on the Chittoor-Vellore National Highway 77 in Tamil Nadu changed form.

The names of places in English were erased and written in Hindi instead, that too flawed. It created trouble for the drivers and the travelers who didn’t know Tamil or Hindi. It’s an instance of the Centre’s hardcore nationalism targeting linguistic sub-nationalism. The very next day after the Narendra Modi government came to power, in a directive issued by the Home Ministry, government employees and institutions were instructed to write their social media posts in Hindi. They could post in English as well, if they wished. When new notes of 500 and 2000 were printed Devanagri numerals were added violating the Munshi-Ayyangar formula during the framing of the Indian Constitution. An old Parliament committee report has been pulled out and sent to the President for approval. All dignitaries starting right from the president should now onwards deliver their speeches and statements in Hindi. Although those who doesn’t speak Hindi are exempted, the directive of permitting only those who know the language in senior positions, wouldn’t take much time to come to effect. Hindi has been a mandatory subject for the students of the CBSE and Kendriya Vidyalaya. The decree makes Hindi as well an optional medium for exams and interviews in non-Hindi-speaking states. At the same time, there are no provisions for permitting Malayalam, Tamil or Bengali in Hindi-speaking states. It’s the mandatory duty of the senior officials to create extensive facilities for learning Hindi in offices and government departments and also to ensure that the employees are grasping the language. As many as 110 recommendations like the above have been now accepted by the President.

Given that multiplicity and diversity are considered the rich heritage of the country, many oppose the move towards creating a uniform culture in language like the beliefs and practices. Many prominent leaders in Tamil Nadu such as DMK leader Stalin, Vaiko, leader of MDMK, S Ramadoss of PMK, Saugata Roy of Trinamool Congress in Bengal, H D Kumaraswamy, leader of Janata Dal (S) in Karnataka and Jaya Prakash Narayana, leader of Lok Satta in Andhra Pradesh have opposed the imposition of Hindi by the Centre. Street protests took place in Odisha, Tamil Nadu and Karnataka. Many including those with mother tongue as Hindi express their opposition in social media. The arguments they pose cannot be ignored. The several language agitations in the country before and after independence that led to the death of many subsided only after the assurances given by the Prime Ministers like Nehru, Shastri and Indira. The promise was that Hindi wouldn’t be imposed until the language was accepted on their own. Indians are content with the three-language formula in educational institutions as well as in using Hindi and English for communication between the states. The Centre is at present creating an unnecessary provocation. Both Hindi and English are ‘official’ languages. There is nothing like ‘national language’ as such. All regional languages have their own significance and relevance. Even in the Constituent Assembly, the decision to promote Hindi later rather than English was accepted with a mere one-vote majority. Those with Hindi as their mother tongue constitutes only 26 per cent in India even today.

The new recommendations are discriminatory against the non-Hindi-speaking states that forms the majority. Of the 22 languages designated in the Constitution, permission has to be sought in advance in order to speak in any language other than Hindi and English in the Parliament. Directing that the Ministers and MPs from the non-Hindi-speaking states should from now onwards speak only in Hindi is akin to suppressing their voice as a whole; it’s equal to the neglect of the people they represent. There arise a lack of equal opportunities for non-Hindi-speakers in schools and in exams. Given that the tax money that flows to the Centre’s fund is not only that of the Hindi-speakers, such discriminations and impositions inviting criticisms is natural. Many point towards the peril and anti-nation sentiments likely to be triggered by the Centre’s move by reminding that the Bengalis reacted against the imposition of Urdu language in East Bengal by separating themselves from Pakistan. Respecting India’s rich diversity in all sense is respecting the nation itself; destroying it is akin to destroying the country. When that multiplicity is shattered in the name of nationalism, it’s the national interest that is actually getting crushed. Similarly, the opposition of the Kannada-speakers in Kasaragod when Malayalam was made compulsory in the schools of Kerala should also be considered in the same sense. The interests of the linguistic minorities shouldn’t be violated. Love for a particular language is fine but not lunacy.