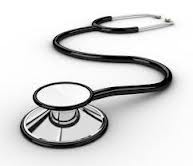 The A K Antony-led UDF government had sanctioned the private managements to run self-financing medical colleges based on the unwritten 50:50 formula.

Since then the imbroglio in the admissions to medical colleges every year continue to plague the state. Not only has the LDF government failed to put an end to this ‘phenomenon’ but Chief Minister Pinarayi Vijayan is facing an extremely complex situation. With the Supreme Court verdict recently, complaints have surfaced that those who created a fuss over the UDF surrendering the people’s interests before the mercenary self-financing managements, were upsetting hundreds of students and their parents.

The apex court has ruled that the obstinacy of the self-financing medical college managements to continue with a fee of Rs 5 lakh and Rs 6 lakh as bank guarantee for admissions to 85 per cent of the seats, was justifiable. The court also sharply criticized the state government for not reaching a final decision on fixing the admission fee for the last ten years. Although the fee for seats in self-financing medical colleges received this year will be according to the decisions taken by the government, the court verdict also states that the managements aren’t prevented from approaching the Supreme Court if the fee fixed by the government was less. It means that Justice R Rajendra Babu Committee appointed for deciding the fee structure will not be able to overcome the obstinacy of the managements of fixing the admission fee as Rs 11 lakh.

The court verdict came as a heavy blow to the aspiring students who recently came for admission to the medical colleges with Rs 5 lakh, along with their parents, and had to return with shattered dreams. They include even the poor who squirrelled away the hard-earned money gained by selling whatever they had and through borrowing. When the National Eligibility and Entrance Test (NEET) came into force, they were elated and relieved believing that it was merit and not money which was the criteria for medical admissions. But the verdict of the Supreme Court proved that it was only money indeed which was the final deciding authority. When the self-financing managements succeeded in convincing the court that the institutions couldn’t be run without a bank guarantee of Rs 6 lakh, the prominent attorney appearing for the state government failed to negate their contentions by citing the actual facts and estimates. Why he didn’t even bother to convince the court about the truth that it was only a college which failed to reach an agreement with the government that asked to remit a fee of Rs 10 lakh, last year, remains unanswered.

Chief Minister Pinarayi Vijayan has said that the poor students who were eligible for admission wouldn’t lose their chance due to the verdict. He said that the government would help the students get a bank guarantee and if needed, a loan for their admissions. While the promises are expected to be fulfilled, we couldn’t help but point out the fact that the education loans for poor students continue as a headache and a heavy burden. While the banks face crisis due to the delay or discontinuation of crores of repayment, graduates find themselves in crunch when they fail to repay the loans unable to find jobs on time. Not only thousands of engineers, but there are an equal number of MBBS and BDS graduates who sit idle with no job. The senseless stubbornness of the parents and students of wanting to acquire the medical and engineering seats at any cost, is another reason for the crisis.

The government and other organisations should initiate steps to create an awareness about higher education and employment opportunities in Kerala where unemployment of educated youth is acute. The root cause of the newly generated crisis is due to the realization of the blade money lenders that running educational institutions were more easy and profitable. It is a fact that there are several private medical colleges in the state run by managements that lack the minimum required facilities and infrastructure, hire qualified officials 'on time' to fool the examiners who come to assess the 'quality' of the institute. The managements even succeed in 'taming' the examiners. The standard of most of the self-financing medical colleges and dental colleges are below average. The kind of medical service provided by the ‘doctors’ who pass out of such colleges could only be assumed. In short, the field of medical science demands an extensive revamp. It’s high time that specific and stringent criteria are put in place as well as the admission process as well as management of institutions are controlled sensibly and compassionately. The government is expected to display diligence in making the admission process to the self-financing medical colleges permanent, transparent and error-free.