The plight of KSRTC 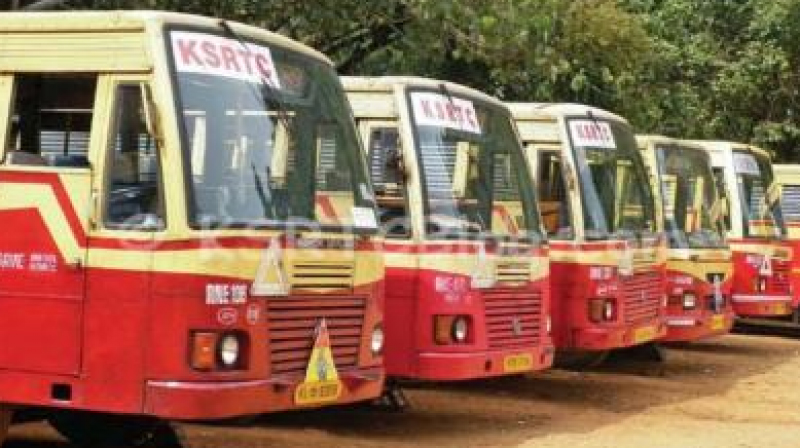 The Kerala State Road Transport Corporation (KSRTC) is one of the state’s oldest public sector organisations. It is one of the oldest state run public bus transport services in India.

Despite its prestigious tradition, the state-run public transport company has become a subject of ridicule for quite some time. KSRTC has become a perfect example of disorganisation and negligence so much that the people have begun questioning the need for its existence. The company incurs a monthly loss of about Rs 140 crore. Despite the colossal loss, the need to continue functioning might be justified by those who keep saying that the public service endeavours shouldn’t be gauged only in terms of profit and loss.

However, it’s a fact that the transport corporations in neighbouring states operating under the respective governments, function smoothly bringing in huge profits. But the state of KSRTC is deteriorating day by day. Employees and pensioners have begun protests due to their pathetic situation as a result of blocked or delayed salaries and pensions.

It’s the policy of the LDF government to revamp KSRTC. Finance Minister Thomas Isaac had said, two weeks earlier, that the government would initiate steps to make the state carrier profitable in three years. Professor Sushil Khanna of Indian Institute of Management Kolkata wasappointed by the governmentto study in detail the functioning and operations of KSRTCand submit a report within three months. The detailed report that was supposed to be submitted at the end of December 2016 hasn’t been ready yet. One has to wait and watch the ‘magic spells’ cast by Khanna and the subsequent measures adopted by the government.

When all is said and done, the KSRTC isn’t a company coveted by public at all. The changing governments in power and trade unions have a role in landing the company in its present crisis. KSRCT has the highest national average of the ratio of the number of buses to employees. Taking into account the number of temporary staff, each bus has nine employees.

Still, they are unable to provide even half the quality of service given by the private buses that run with only two employees. The employee associations therefore have a huge responsibility in this regard. The trade union backed by the CPM is the most prominent association in the organisation. With the CPM leadership in power at present, would they initiate steps to pull out a public sector organisation dominated by their trade union, from crisis?

Despite the frequent announcements by the Ministers, indications suggest that things are taking a precarious turn. Private buses dominate the transport sector of Kerala especially the domesticroutes in the state. The LDF had in May 2009 issued an order cancelling the permits for private buses in domesticroutes. However, it was revoked during the tenure of the previous UDF government thereby adopting the stand of aiding the private buses.

The time limit of the affidavit passed by the UDF government on February 8, 2016 related to permits for 31 domesticroutes and those of limited stop ordinary buses, has come to an end last Wednesday. Permitting more KSRTC bus services in these local routes is what should be done to save the company. But there have been reports of the LDF government prepping for amending the order allowing private bus services in these routes. The leadership of the private bus operators association have even released such blatant announcements.

If this continues to be the case, the LDF government is likely to follow the same path as the UDF government. Increasing the number of ordinary buses in domesticrouteswhich would benefit the people and short distance travellers and establishing monopoly over such routes by the KSRTC are the measures to be followed in order to save the company.

If the LDF government continue issuing permits for private buses, the announcements and promises by the Ministers would be deemed insincere and cease to convince the common man. KSRTC would be able to pull itself out of the crisis by increasing the number of ordinary buses, interstate buses and luxury bus services and also by providing excellent service to the people. Whether the government would be willing to take a bold move in this regard is yet to be seen.