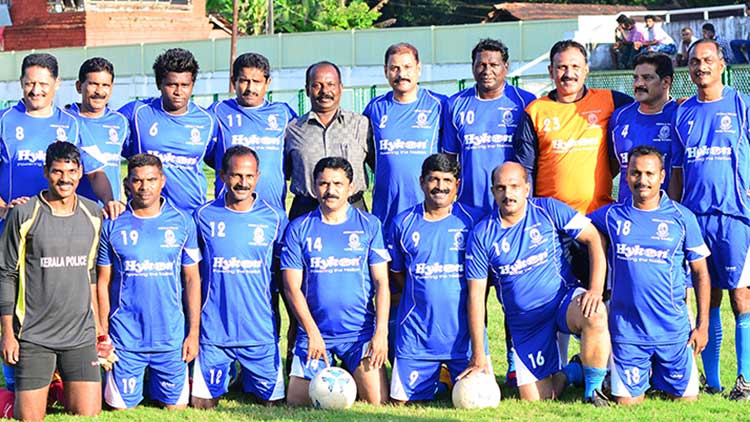 Chief Minister Pinarayi Vijayan had on Monday ordered the arrest of 2,010 goons listed by the intelligence wing within 30 days’ time after the widespread criticisms of deteriorating law and order situation in the state.

A circular has been issued directing the regional IGs, District Police Commissioners and Collectors to ensure the arrest of the goons before March 20. Murder, attempt to murder, house-trespass, abduction, blackmailing, rape and financial crimes related to money lending, property and hawala racketeering are offenses punishable under the Kerala Anti-Social Activities Prevention Act (KAPA), which was introduced in 2007 and amended in 2014. If the law had been appropriately and strictly implemented on time, things wouldn’t have gotten this worse with criminals, goons, anti-social elements and quotation teams rampaging the state. No action was taken in the case of 87 goons directed by the KAAPA advisory board last year. The abduction and molestation of a popular actress near Kochi last Friday, her informing the police directly after the shocking incident and the subsequent events and outrage that followed may be what might have prompted the government and the police to revive KAPA. For the CPI (M) State Secretary however, the incident was only an ‘isolated’ one.

Those in the film industry reveal that similar incidents have earlier occurred in the industry but they have been either covered up or neglected. Yet some others allege that the whole of the film industry has come under the grip of the underworld. If those allegations are proven to be true, the police even if they successfully track down the 2010 goons, wouldn’t be able to even raise a finger against the underworld empire that’s forever flourishing. It’s an undeniable fact that political parties, abkaris, money grabbers and most importantly, the governments have a role in encouraging the growth of criminalism, rowdism and criminal gangs in Kerala, which boasts of literacy and public consciousness.

It was the responsibility of the government, secret investigation agency and financial crime investigators to track the sources of the illegal money that’s pocketed by the politicians and flows into the party funds and also the personal wealth of the prominent officials including those at the senior posts. When they neglect their duties, the underworld flourish expanding its clutches with the backing of black money. In short, a rule of rowdies, goons, fraudsters, drug mafia and quotation teams prevail. The strong conviction and relief that they won’t be caught or wouldn’t be found guilty for want of evidence even if hunted down and that the governments in favour would release them even before they complete their prison term, is what encourages the criminals.

The state government had of late, decided to commute the sentences of 1, 850 convicts lodged in various prisons in Kerala. What would have been the case if the Governor and former Chief Justice of the Supreme Court P Sathasivam had approved the decision instead of refusing to give his assent? Won’t the criminals including rapists, murderers, assailants and members of the drug mafia walk around freely and boost the underworld? Do the circumstances in our prisons enable the criminals to have a feeling of remorse and help them to return to their normal lives? There are several factors in the ‘progressive’ jails that are sufficient enough to turn them into hard-hearted and anti-social elements.

The responsibility of the government and the police shouldn’t be limited to merely waking up startled from the snooze and acting feverishly to prove their efficiency whenever a few such tragic or shocking incidents draw public attention and become fodder for the media. While those in the ruling party trivialise the incident or go on a defensive mode by holding on to history, the opposition continue with their usual drama of putting all the blames on the government irking the people. For the police and the government to track down the culprits and bring them to court without further delay and award them the deserving punishment, they should certainly cut off their ties with the underworld and stop protecting their ‘own’ criminals. The relations between the political parties and the mafia should be terminated. Drug dealers, sex racketeers and maniacs should be imprisoned and the sources of black money should be sealed. If the Left government fails to take action in this regard, slapping KAPA or arresting a few criminals would not make any difference in this regard.