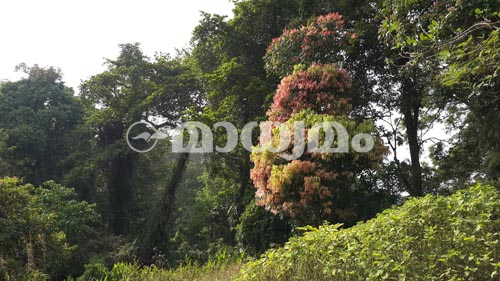 The 50-day deadline announced by Prime Minister Narendra Modi and almost a month, have passed and no benefits of demonetisation have been visible so far.

The PM had said that he was ready to face the punishment the country decided for him if there were any drawbacks in his decision after December 30. Even though the serpentine queues outside the banks have disappeared after the short grace period, people are still struggling to get access to their own money. The Prime Minister had announced the demonetisation of Rs 1, 000 and Rs 500 notes that constituted up to 86 per cent of the nation’s valid currency with effect from the midnight of 8th November last year, citing it as a move to check black money, destroy fake currency and curtail funding of terror networks. The move shocked the nation leaving the common man particularly the poor in severe trouble.

The notes haven’t been replaced within 50 days as promised. Not only is the process likely to take yet another year , there also seems to be no intention of printing new notes to completely replace the notes withdrawn. While the Reserve Bank maintains a helpless silence, a baffled democratic society bears the brunt of the note-ban. Industries, agriculture, trade, construction, tourism and even relief works and services have frozen. Global economic experts have also predicted that the crisis would continue for a long time.

Political analysts reiterate that the government has no right to seize money from the people. The lawmakers also pointed out the several unlawful aspects in the way the note-ban has been executed. The Parliament Committee, although delayed, launched probes into the matter. What were the justifications for the risky, nationwide currency ban violating all policies, precedences and human rights? The PM has altered his statements at least thrice. While the note-ban was defended as an essential step to check funding of terrorists and fake currency initially, other reasons cited were curbing corruption and to make the nation a cashless economy. It naturally hinted at clandestine motives of the Prime Minister behind the move. The aspects mentioned in the beginning are the statements issued by the Prime Minister Modi even before the people realised the note-ban as a move implemented neglecting the Reserve Bank. The hardships of the people are seeing no end even after two months. The intention behind the move is still not clear. And additional sources of illegal money have also not been uncovered than in ordinary cases.

However, certain other information that should be known to the Parliament, its economic committee and the people, has been revealed. It was that the noteban was implemented as part of several hidden motives including in foreign countries and not aimed at country’s safety or economic stability. It’s not the eradication of corruption or economic security that’s hidden in the ‘cashless’ economy, but the clandestine motives of the US and the ‘global surveillance industry’ that violates the privacy of the global corporates. It’s against the interest of the nation and the people. These facts have been described in detail and with evidences by economist Norbert Häring. He reveals that US Foreign Ministry and USAID, the US government’s development agency played a significant role in India’s currency ban by reigning in the Modi government. It’s also known to arrange money for secret operations of the CIA abroad. USAID has been making efforts for several months to make India ‘cashless’ by deceiving the Parliament and the RBI.

Project Catalyst was established for the purpose of achieving cashless payment in the country and it was the very next month that PM Modi announced the noteban. USAID had handed over the related papers to the Indian Ministry of Finance in January 2016 itself. The US favours ‘cashless world’ as digital systems make it easier to survey all international payments done through banks and to monitor most of the digital data. India has been ‘lucky’ enough to be the ‘guinea-pig-region’ for this global drive. Only dollars, which is the global ‘reference currency’, benefits from a cashless system. Banks could be intimidated.

Deutsche Bank, Germany's largest bank, was fined $14bn by the US government for not following the US policies. While the US mandates the foreign banks to reveal the details of all the transactions, the banks in America aren’t compelled to do so. According to the information disclosed, the Indian economy is now subject to US strategies. The Parliament Committee therefore should hold a comprehensive investigation into the matter.