A summit, rendered a futile exercise 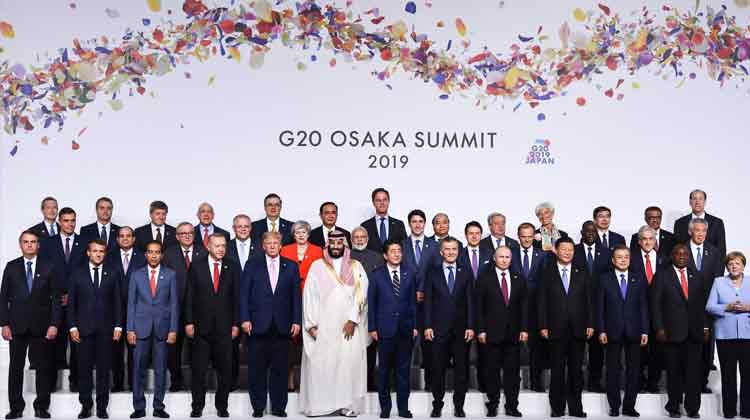 The G20 summit in Hamburg, the northern German port city was a gathering of the prominent world leaders after the US withdrew from the Paris Climate accord to curb global warming.

The summit whose main agenda was to discuss climate change, free trade and refugee policy, concluded with the conspicuous disparities among the world nations. The countries that control the global GDP, are industrially flourishing, has more land area that are also the dwelling places of the prominent population of the world, met in the backdrop of a sluggish economy, an issue that remains unresolved after 2008. The political upper hand received for the observation that the economic policies of open market that was implemented in the 1990s, makes the US and Europe economically insecure, had played significant role in Brexit as well as in Trump’s victory. Therefore the summit became noteworthy due to the attempts to secure global approval for the political and economic policies of the ultra-nationalists as well as the disagreements led by Germany. The disunity among the G20 nations as well as the political and trade interests of different countries had surfaced through the statements of the political leaders even before the summit. Although Britain and France had expected to bring back Trump to the Paris accord and to comply with the common stance in economic policies, not only would their attempts rendered futile before the unilateralism of Trump but it has also compelled them to release a joint statement sans America. Host Germany’s Chancellor Angela Merkel stuck to her defiant stand towards Trump even after the summit by expressing content over the approach of other countries that condemned the US decision and decided not to have a rethink on the Paris accord.

Even though the US has been kept away from the joint statement, it encourages Trump’s strategy of ‘America First’. The indicators in the policy that recognizes the rights of the countries to safeguard their own market as well as the approval to continue using the fossil fuels, the main contributory factor for global warming are certainly signs of victory of America’s obstinacy. The US could through these measures, make use of more bio fuels without abiding by the guidelines in Paris accord and also jointly function with other nations. The US has also secured the right to safeguard their market through the resolution using the Protection of Economic Reforms Act. It’s the double stand followed by Britain and the fissures in European Union that made things easier for Trump. The relief provided by Trump’s statement amidst the summit meeting that he would pay a visit to Britain soon and engage in independent bilateral treaty, to Theresa May, who stands politically defeated in Britain, isn’t small.

The protests in the streets of Hamburg and the diplomatic moves by the EU failing equally before Trump reinforces the claims that it tarnishes the relevance of G20 summits. The apprehensions of the 100 crore Africans who are in crisis due to climate change and the legal protection measures for the refugees remained mere ceremonial discussions in the summit. The conference that concluded in Hamburg once again proves that temporary economic interests and the motives of the corporate industrialists are what turn into policies and decisions more than the crisis triggered by global warming. India gave importance to the moves to boost its political influence rather than economic discussions, in the meet. Declaring a firm stance against Pakistan in the meeting of Brics nations and meeting with Chinese president Xi jinping were the diplomatic moves in that regard. The Prime Minister might also be able to resist the political censures within the country through demanding Mallya’s extradition from Britain.