No end to Zionist terrorism 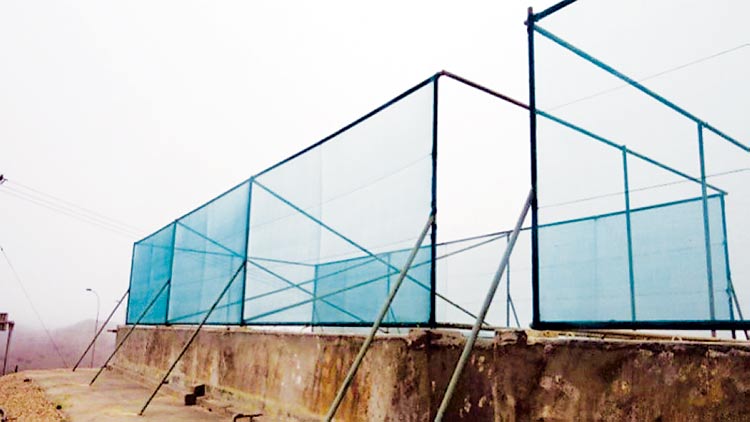 The happenings in the al Aqsa masjid compound in East Jerusalem is a setback for Israel for its own craftiness.

It only took days for the Zionist regime to get convinced that the decision to install metal detectors in the masjid compound was absolutely malicious and autocratic. The protests by the worshippers and the criticisms that rose to the global level foiled Israel’s calculations. After the removal of the security measures imposed outside the masjid, thousands had gathered to pray at the site. However, the Israeli forces threw stun grenades and tear gas at the worshippers which led to chaos. Muslim men under the age of 50 were earlier prevented from entering the compound. This approach has also been forced to abandon now. The Zionist nation that oppresses Palestinians using military power, political pressure and racism is presently in the fear of isolation. Although submitted, Israel has not abandoned its unscrupulous tactics.

Its each cabinet meeting is a conspiracy platform for spawning new versions of evil ploys. A political observer had opined that for the safety of the Zionist nation, security cameras should be placed in Israel’s cabinet room and not in al Aqsa compound. His statement holds true. He also pointed out that it’s the Netanyahu administration itself that jeopardizes the future of Israel the most today. It’s the political experts in Israel themselves who critisise that Netanyahu who visits foreign countries on end seemingly to regain the lost glory, stop by in Tel Aviv only for devising ploys.

Netanyahu has now come up with a new scheme labelled as the latest ‘peace plan’. Palestine has recognized that the deals labelled as peace plans by the Zionist nation previously had been unilateral policies and traps. Not only were several of these deals made with the Palestine Authority unjustifiable but even the trivial concessions announced were violated later. Oslo Accord of 1993 and Camp David summit in 2000 were used only for splitting Palestine and make it more vulnerable. Major powers including the US had also backed the move. Instances later have shown that withdrawing the Jewish settlers and the army from Gaza in 2005 as a measure of great compromise for peace, was only for imposing brutal sanctions. Those who retreated from Gaza left after decimating the buildings and other infrastructure there. When a government with such a narrow mentality put forth a new peace policy, Palestinians and other world nations should check for elements of betrayal in the move. Stripping the Palestinians present in Israel of their citizenship under the new peace plan, make them a part of a future Palestinian state and in exchange annexing some Jewish settlements in West Bank by Israel are some of the new recommendations proposed by Prime Minister Netanyahu as told to ‘Haaretz’, the Israeli newspaper. ‘We will carry out more injustice. As a price, you will have to bear more injustice’ is what Israel intends with its new policy.

Israel was established by brutally driving more than six lakh civilians away from their homes and displacing them as refugees. Today there are about 15 lakh Palestinians in Israel including those who survived the tragedy as well as their descendants. They are treated as second-class citizens. No sensibility or sense of justice is required to call the attempts to completely abandon them and grab hold of more Palestinian regions, as a peace deal. Israel had earlier expressed its skill in flaunting racist cleansing and racial discrimination as a virtue. The occupation of 70 years reveals all the evil intentions of the Zionist nation. Nothing remains ambiguous in that regard. The question the world faces is the same- could reality be acknowledged at least now? Comprehending the Zionist language that dubs invasion as safety projects, the struggle for independence as terrorism and resistance as radicalism, the world shouldn’t allow itself to be betrayed again. After its formation, Israel hadn’t only harassed and cornered the Palestinians so far. The largest exporters of armaments have also been trying to bolster warmongering and gain acceptance for racism at the global level. Heads of the world nations and organisations have rampantly voiced their criticisms against the state terrorism of Israel recently. It is time to announce that the era, when the agenda of the international community was decided in Tel Aviv, is over.