A crusade against liquor consumption 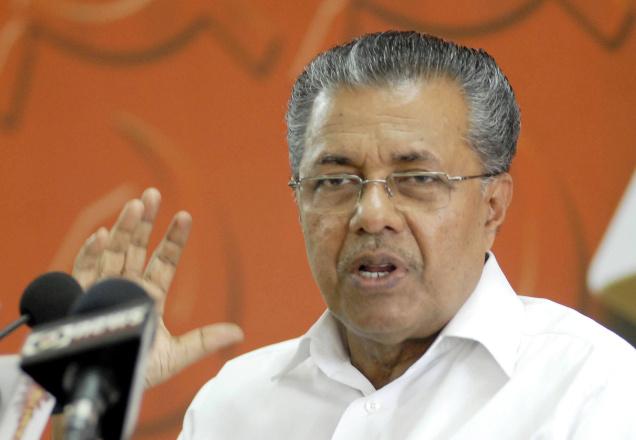 The Left government in Kerala has reiterated its liquor policy many a times that it was not total prohibition what the government intended but promoting abstinence.

The people however, got a clearer and detailed picture of the liquor policy only after the state cabinet meeting held during the first week of June reached a final decision on its comprehensive liquor policy and the Chief Minister announced it at a press conference. Favourable as well as opposing responses have been surfacing since then. The KPCC has decided to schedule rampant protests and campaigns against the liquor policy of the Left government. Other coalition factions of the UDF have also expressed their opposition towards the liquor policy. KCBC, the association of Catholic bishops in Kerala has been protesting for quite some time. Not only the INTUC, the trade union wing of the Congress and Shibu Baby John, former Minister and leader of RSP, a faction of UDF, but Congress leader K Muraleedharan have also welcomed the liquor policy of the Left. The LDF government points out that the liquor policy of the Oommen Chandy government was a ‘total failure’ due to which illicit liquor and drugs flowed through the state at an alarming rate. It claims that Left’s liquor policy was not curbing the availability of alcohol but cutting down its requirement. The other justifications given in favour of promoting abstinence from liquor are measures like increasing the age limit for the consumption of alcohol from the present 21 to 23 years of age, setting up de-addiction centres and allotting funds for creating an awareness about the ill effects of alcohol.

The Left government has granted license to the bar outlets in three-star and above classified hotels, permitted beer and wine parlours to be run by two-star hotels and the bars along the national and state highways that were forced to shut down following the Supreme Court’s directive, are allowed to reopen within the same taluk. The government had also taken away the power of local self-bodies to provide the NOCs for setting up of liquor outlets. Hotels will be allowed to serve liquor at their banquet halls after levying fees. Another aspect is approving the serving of alcohol in star hotels. Liquor will be made available not only in the lounges of international airport terminals but domestic terminals as well. Analyzing all aspects, it can be understood that the state government’s only goal is to obtain revenue from liquor sales and that the government expenses and schemes are planned accordingly, depending upon the liquor revenue. It’s clear that in order to have an increase in the revenue, more people will have to consume liquor in increased quantitates. In short, the government is likely to adopt all measures required to increase the flow of liquor in the state. The Excise Department might also allot some funds in order to advice the people that liquor is harmful to health, just like the official warning (Smoking is injurious to health) printed on top of the cigarette packets. The LDF government had done so, earlier as well. People consuming liquor starting from an age as young as 13 and Kerala attaining a national record in per capita consumption of liquor, remains. The LDF without backed by any facts and estimates, also argues that consumption of illicit liquor and drugs have only rose with the curb on alcohol.

Here the matter of concern is not the political exploitation of the Left and Right parties. The tragedy of the new generation, regardless of male and female, ruining their lives by becoming addicted to alcohol is the biggest predicament faced by the society today. Neglecting this fact is akin to being suicidal. Tears of lakhs of women and children is the price of the unethical income obtained by the individuals, parties and the governments from liquor businessmen and traders. The families that are shattered every moment, the health and wellbeing of the youth, social security and peace cannot be restored even if double the amount of this money is spent. The bureaucrats, party leaders and intellectuals are very well aware of the above facts. Also that the key reasons for the escalating violence against women, child abuse and criminalism is the flow of intoxicant substances. But everything goes futile before the glitter of the currency notes. It was after realizing the fact that the main cause of the alarming rise in the loss of human lives in road accidents was the inebriated state of the drivers that the apex court ordered a ban on sale of liquor within 500 metres of highways. There was also attempts to manipulate and circumvent the apex court verdict by issuing notifications about the status of the state highways, de-notifying them, in order to prove that most of the highways didn’t fall into the specified category. It’s time for the humanitarians and good souls to strive to save the Keralite society from the fast and feverish steps towards devastation with official backing. Whether the LDF government’s liquor policy succeed or fail, whether the de-addiction centres led by inebriated officers lead to a miracle or not, what is necessary is an ethical, public movement as well as determination to resist and crush the liquor lobby.