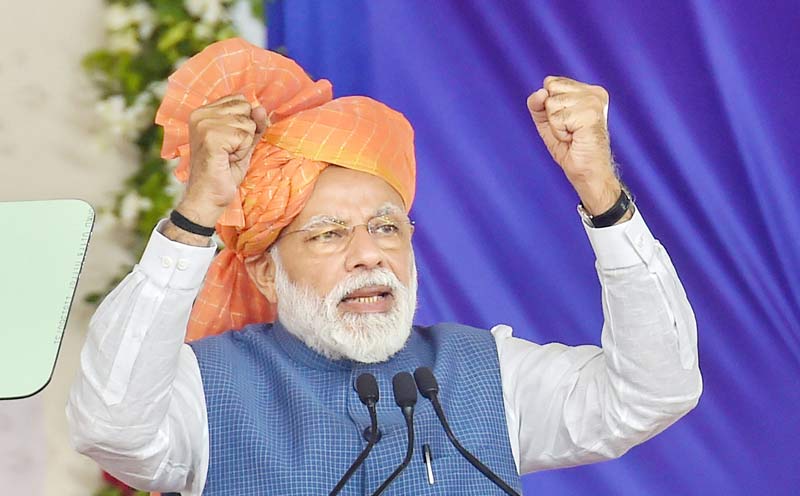 Prime Minister Narendra Modi’s meeting with Donald Trump is expected to pave way for major changes in the political and diplomatic consensus in the Indian subcontinent.

At a time when the bilateral ties and border relations with China and Pakistan are hostile, India has been successful in delivering strong, clear-cut statements against both the nations. Contrary to the Modi-Obama joint statement issued in 2016, criticizing Pakistan by taking its name and the decision of the US and India to join hands in the Asia-Pacific region are clear indications that India will be the closest ally to the US in Asia. At the same time, the latest political and military moves of China and Pakistan trigger apprehensions over the worsening ties with the neighboring countries due to the victory in diplomatic relations with the US.

Pakistan had taken a stance that declaring Hizbul Mujahideen chief Syed Salahuddin as global terrorist couldn’t be justified. Pakistan Interior Minister Chaudhry Nisar had alleged that US was ‘speaking India’s language’. China has expressed its displeasure by creating a border crisis in Sikkim. The country had also made clear that it couldn’t agree with alienating Pakistan from the global counterterrorism forum. Pentagon had earlier alleged that China was seeking to establish a naval base in the African nation of Djibouti to expand its influence in the south western region of the Indian Ocean. Hence China deems the joint statement as an attempt by the US to thwart the influence of China in the Indian Ocean by fielding India in the forefront. China has taken offence in the statement that condemns its move to prevent transportation through South China Sea that caters to a business worth 5 trillion US dollars. It recently responded by releasing a new and advanced warship, completely made in China, that has ten times the strength and equipped with anti-missile weapons than the warships under construction in India. China’s spokesperson said that it wasn’t Japan or South Korea but India and the US that it intends to intimidate related to the disputes over the claims in South China Sea, using the warship where the high-tech war machine would remain in place.

China has been making attempts to strengthen its diplomatic ties with Pakistan and spoil further, its relations with India. Although China has denied the Pentagon report that it’s likely to establish a military base in Pakistan, massive constructions are taking place in the Gwadar port with huge investments from China. Additional naval bases for aiding the military are also likely to be built. China is adopting strong diplomatic moves to lure countries such as Myanmar, Srilanka, Nepal and Pakistan into its favour and to create an anti-India neighbourhood. The country through its moves, plans to fetter India in internal and cross-border tensions. It’s amidst this scenario that border disputes between India and China grew severe. China has denied entry to Kailash Manasarovar pilgrims. Its Foreign Ministry spokesperson said that the Donglang area belonged to China and not Bhutan or India. The construction of the road to the area poses safety threats to both India and Bhutan. With the completion of construction of the road from Lhasa to Yadong and the railway line from Beijing to Yadong, it will be tough to tackle China at the border. In short, while it’s generally believed that the bonhomie between India and Trump’s America isn’t economically beneficial to India, one has yet to see whether the neighbouring countries could as well attain this victory that’s at present, being celebrated politically.