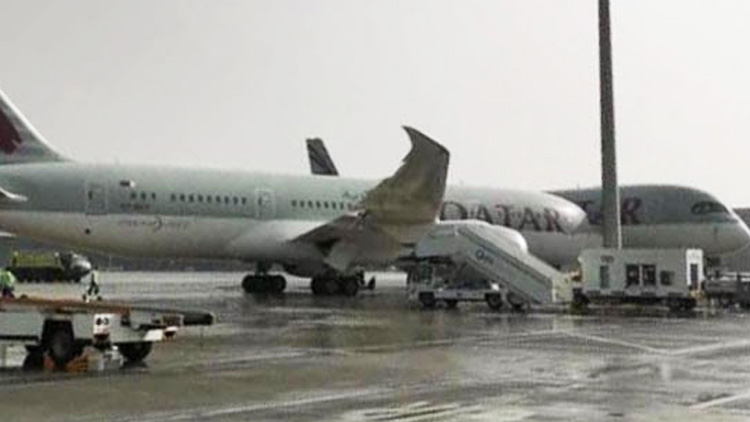 The differences cropping up between the GCC nations in the usually problematic and conflict-ridden West Asia and the subsequent diplomatic break had sparked severe apprehensions as well as shock among peace seekers, particularly in India.

Wishes and prayers abound for the crisis to end as soon as possible and normalcy to be restored. Saudi Arabia, Qatar, Kuwait, UAE, Oman and Bahrain are the member countries of the Gulf Cooperation Council (GCC) that was established in 1981. Although there have been disputes among these nations, Saudi Arabia, UAE and Bahrain severed all diplomatic ties with Qatar and cut land, air and sea links, an extreme step that is both unusual and unanticipated. It can be seen that it was the transitions and downfalls that followed as a result of the Arab Spring in 2013 that triggered ripples in Gulf countries. There had earlier been differences among the Gulf nations, Egypt in particular, regarding the approach to be adopted towards the Muslim Brotherhood that once came to power. After army chief General Abdul Fattah Sisi seized power ousting the elected president Mohamed Morsi and banning Muslim Brotherhood, many in the GCC backed Sisi while others followed a soft stance towards Brotherhood. Saudi Arabia, UAE and Bahrain had in 2014, withdrew their diplomats from Doha alleging that the approach of Qatar was favourable to the terrorists. The crisis that began soon after was resolved with the mediation of Kuwait that displayed an unbiased stance. The relations were restored to normalcy and Qatar cooperated with Saudi Arabia in the military offensives initiated by the latter against Houthis in Yemen. At the same time, Iran’s stance that aggravated the conflicts in the region had landed Saudi Arabia, Bahrain and UAE in severe pressure. The US under Barack Obama turning in favour of Iran led to the apprehensions of these nations as well.

The prudence displayed by Qatar in the matter also provoked these nations. It was in this scenario, that Donald Trump who is dubbed as a strong anti-Muslim, made his way to the White House and repealed many policies and programs initiated by his predecessor Obama. The fact that it was after Trump’s Saudi visit that the three nations as well as Egypt announced sanctions against Qatar, is notable. But the US have issued responses that called for the resolving of the issues between the GCC nations without delay and to preserve mutual harmony. It’s yet to be seen how America that have established military bases in all Gulf countries, plans its future tactics. It is believed that Qatar that has totally denied all the allegations, would be willing for appeasement and restoration of ties. If adequate assurances in the key issues are provided and appropriate moves taken by Qatar, the extreme stance of Saudi Arabia and others is likely to be discontinued. In this scenario, reports of Turkey that enjoys bonhomie with both sides, Kuwait with its impartial approach and Oman, initiating mediatory efforts, gives rise to positive hope.

India that continues to enjoy warm business and trade relations with the GCC countries, hopes to end the unprecedented diplomatic crisis. About 60 lakh Indian are employed in West Asia and majority of them are in Gulf regions. There are 6 lakh Indians in Qatar alone, of which Keralites constitute the majority. A large number of Malayalis have already booked their tickets to return to their homeland, but are perturbed by the cancellation of flights to Qatar by the neighbouring countries. Over 40 per cent of Qatar’s food is imported from Saudi Arabia and hence the closure of land border with the latter will create further difficulties. The assurances of the Qatari government that there was nothing to worry about and that life would be continuing as usual, surely brings relief. A large number of Indians are employed in Qatar for the preparations of FIFA World Cup matches in 2022. Since the event is a matter of pride for the nation, it is sure to cooperate with all the peace initiatives to make the world cup unaffected by the crisis. It can be expected that the UAE and Saudi Arabia will show the sense and statesmanship to not make the Gulf region a playground of 'undue' games of the traditional enemies. Let India, while upholding national interests, initiate steps to bolster the mediatory efforts to restore normalcy in the Gulf region as soon as possible.