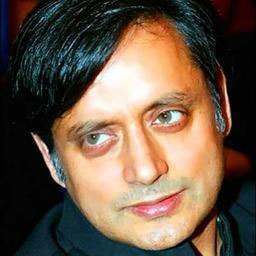 Even before Pinarayi Vijayan’s LDF government completes a year in power, it has once again received an unexpected blow with yet another Minister stepping down from his post.

While the CPM leader E P Jayarajan resigned following nepotism charges five months ago, Transport Minister A K Saseendran quit on Sunday after allegations of misconduct with a woman surfaced against him. Other than a newly launched private Malayalam television channel broadcasting an audio tape of a sexually explicit conversation between the Minister and a woman, the identity of the woman and why she approached the Minister isn’t known so far. Even before the matter turned into a controversy, Saseendran quit his post saying that it was to ‘uphold political morality’. He said that his resignation shouldn’t be seen as an acceptance of guilt and insisted that he has not done anything wrong. The decision of the government to launch a thorough judicial probe into all aspects of the matter is appropriate. The audio tape containing the lewd conversation between the Minister and the woman as alleged by the channel isn’t expected from a respectable person. When the words and actions of those in responsible positions crosses the limits of decency, there arises an issue of morality. It might be because of that, the Chief Minister accepted Saseendran’s resignation before any complaints surfaced. During the tenure of the erstwhile UDF government, when the Solar scam rocked the state, allegations of sexual abuse emerged against about six Ministers. But none were willing to step down from their positions in the name of morality or undermine the state’s cultural atmosphere other than to cling on to power. The leadership of the United Democratic Front might not have realized the need for that.

A K Saseendran’s resignation therefore is welcome and is an exemplar for political leaders. Despite all these aspects, it’s not possible to trivialize the gravity of the allegations raised against the Minister. The individuals elected to responsible positions, always being in the spotlight and in the constant scrutiny of the society and the media, is expected to display a righteous approach and decent behaviour. Earlier, several of the Ministers have lost their positions and reputation due to the slip-ups in their personal lives. If even those who are comparatively deemed to possess personal integrity, fails to keep up their sensibility and morality in the matters including that concerning women, then the public will be compelled to conclude that all those in the political and social spheres are one and the same. The audio tape that led to the resignation of Minister A K Saseendran, have paved way for grave discourses about the inappropriate methods experimented lately by the media, particularly the visual media. Tapping the phone conversation between two individuals and leaking the tape could in no way claim to be part of investigative journalism. Leaking the telephone conversations by intruding into the privacy of individuals and capturing the bedroom scenes will not be surely considered as right by anyone who handles journalism seriously. As long as the woman doesn’t launch a complaint of misconduct on part of Saseendran, the leaked telephone conversation is likely to remain in the mire of scepticisms.

Who tapped the phone conversation eventually trapping the Minister? Is it the woman who is still anonymous? What is her goal? Who directed the woman to do so? Who will benefit by ousting Saseendran from the post? Is the hands of the police, who are proficient in tapping telephone conversations, behind this ‘scoop’? What is their aim? Is it the consequence of the channel’s actions to be in the limelight on its launch day? A proper investigation should be carried out to find answers to these solutions. The judicial probe ordered by the government would hopefully meet the expectations.