RSS: Slaying and getting slayed 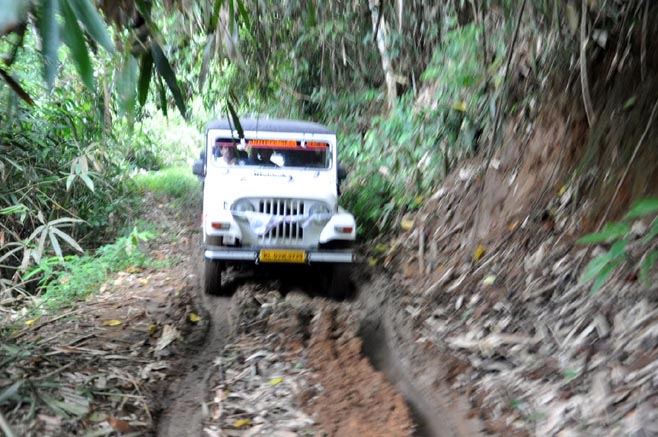 An RSS worker Choorakkad Biju was murdered in Ramanthali, near Payyannur in Kannur on May 12 in an incident of political violence which is snowballing into a controversy.

BJP Kerala Chief Kummanam Rajasekharan came forward with a strange demand to impose AFSPA, the special powers Act for the army, in Kannur. The party had requested Governor Justice P Sathasivam to intervene in the matter. The Governor handed over the memorandum to the Chief Minister. However, the BJP leadership reacted sharply against the Governor’s move by violating the norm. The language as well as the tone of their reactions was one of intimidation and threatening. It was not only the ignorance about the limitations of the Governor in intervening in the law and order problem in the state that was behind the response of the BJP leaders. With the power base at the Centre, they might have deemed to get the message across that even the Governor was a tool in their hands. While the Sangh Parivar goes about campaigning about the killing of Biju on one hand, the Congress-led Opposition has been making it an issue in the assembly. They pressed for an adjournment motion on Monday and staged a walkout from the assembly. Political killings have grown as a traditional art form in Kannur. And RSS and the CPM are its main beneficiaries. The deceased Biju himself is the 12th accused in the murder of CPM worker Dhanaraj C V in Ramanthali on July 2016. Both the parties have been competing in carrying out murders and getting slayed in retaliation. Those having faith in democracy should indubitably denounce this culture of bloodshed.

At the same time, the issue that only the killings of RSS activists grab special attention and or become a subject of media hype, should be acknowledged. The murders carried out by the RSS activists are not rare incidents in Kerala. They are more proficient than others in conspiring and executing the killings to achieve extremely heinous goals. Two recent murders carried out by the RSS deserve a mention here, that of Faisal in Kodinhi, Malappuram and Riyas Moulavi in Kasaragod. Both the deceased haven’t been accused even in petty cases and were not associated with any organisation. The RSS slaughtered both of them in order to accomplish their target of murdering more people by prompting riots. But the incidents were not taken up as a matter of discussion in the assembly just like the Biju murder. Neither the government nor the Opposition are known to have organised any protests related to the incident. A higher secondary student and former RSS worker was beaten to death by the party cadres in Cherthala, Alappuzha in early April.

It’s a fact that the killings orchestrated by the RSS do not grab national attention, create commotion in the assembly or get celebrated by the media. But at the same time, the clandestine political implications of giving special importance only when the RSS workers get killed as part of political clashes, should certainly be probed. Certain campaigns are led by a few new outlets of media at the national level accusing Kerala of turning into a place where Hindus particularly the RSS supporters cannot live in peace. These crusades have gained momentum in a way that it has begun to influence the unbiased few in North India. The main aim of these campaigns is to prepare a favourable breeding ground for Sangh Parivar politics in Kerala. The media as well as the Opposition including the Congress shouldn’t fall in their traps.

Not only the media but even the Left wing adopts a soft stance towards the RSS. When the locals formed an action committee due to the delay in finding the culprits in Faisal murder case, the CPM opposed the move. Even though the criminals were traced down following the protests, the police helped them by charging them in easily bailable cases. In the Riyas Moulavi murder case, the police trivialised the incident as a slipup carried out in an inebriated state despite a heinous conspiracy hatched. When a RSS worker killed an eight-year old in Kanhangad by slitting his throat on July 9, 2015, the police again approached the incident as committed by a mentally-ill person. Considering the murders carried out by the RSS as a natural consequence of deficiencies like alcohol intoxication, personal grudge and mental illnesses and highlighting the homicides of RSS workers who died in political clashes as a national issue is not a good sign. Murders regardless of whoever committed them, should be condemned. At the same time, a vigilance against misusing the public sentiments against such killings led by ruthless politicians is also essential.