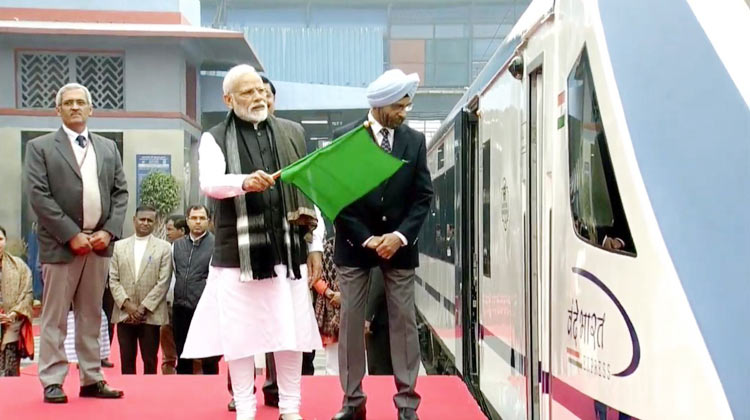 The Narendra Modi government has completed three years in office and the question as to how it performed will have many different answers.

Those who gauge everything only through coalition politics, have already turned the anniversary into a mere campaign tool. The right and the wrong could be differentiated and the necessary rectifications made only when it’s possible to analyse the Modi governance relative to the stark realities of the Indian populace. When the BJP government stormed to power with a massive majority in the Parliament, the promises given by the Prime Minister gave positive hope. He spoke about recognising all communities, of good times (achche din) ahead and transparent governance. Observers said that Modi’s excellent leadership skills, enthusiasm to toil hard tirelessly and his reputation as a person with no vested interests, all offered hopes about a capable Prime Minister. The slogan ‘minimum government, maximum governance’ indicated a new path of change. The government transformed the economy, foreign relations, internal affairs and educational sector among many others. A change in the content as well as the timing of the budget was made and Planning Commission was replaced by NITI Aayog (National Institution for Transforming India). It was dubbed as a rare opportunity for a team with creative skill, dedication and tolerance to showcase an exceptional governance and create history.

With the Modi government already completing half of its tenure, the current reality of the nation could be witnessed all around, quashing all the propaganda. The outcome of Goods and Services Tax (GST) Bill which is purported as the biggest reform in the economic sector is yet to be seen. At the same time, the ‘surgical strike’ of demonetisation imparted a heavy blow to the common man and the economy as a whole. Corporates are flourishing and studies suggest that the economic inequality in India is escalating. India falls in the list of countries with the highest rate of inequality. This imbalance has increased in the last three years. According to Global Wealth Report 2016 about 60 per cent of the nation’s wealth lies with the richest one per cent.

Another issue is the growing unemployment. Global agencies have said that the nation lagged behind in freedom of press. India is being criticized before the world for violating human rights and denying religious freedom. Attorney General Mukul Rohatgi presented many theories to counter the criticisms raised in the UN Human Rights Council. However, such rhetoric has little connection with the reality in issues like freedom of expression, civil rights, secularism, safety of the minorities, harassment in custody, AFSPA and violence against women. The reluctance of the government to embrace the Kashmiris has further alienated them. This otherization has escalated to a level where the illegal methods like human shield have gained acceptance and recognition. Even Arun Shourie, a former BJP leader says that the nation was moving towards a ‘decentralized emergency’.

The issue with Modi government is not inefficiency but rerouting the expertise, thoughts and actions into a regressive path. Tendencies to overcome the law and order mechanism is rampant. Forming legislatures as well as the culture of ordinance by neglecting the Rajya Sabha basically reflects a temperament. Entrusting narrow-minded persons the responsibility of universities and other esteemed institutions paves way for interventions outside legal boundaries. A government that repudiates the machinery based on the Constitution is currently evolving. Silent approval for public goondaism signal influences outside the governing system and the progressing underdeveloped countries. Minorities and Dalits are in misery due to lack of legal protection. The ‘skill’ in utilizing the governing machinery for narrow-minded ideologies should be feared more than the defective governance. Criminal culture is growing- just that it’s in different forms. Criminal politicians being acquitted from punishments has become a norm. In such a grave situation, the people pin their hopes on the Opposition. Will the Opposition rise up to the expectations and reclaim the democratic virtues? If it succeeds in rectifying the wrong policies of the present dispensation, the times ahead needn’t necessarily be worse.