Volatile border and its beneficiaries 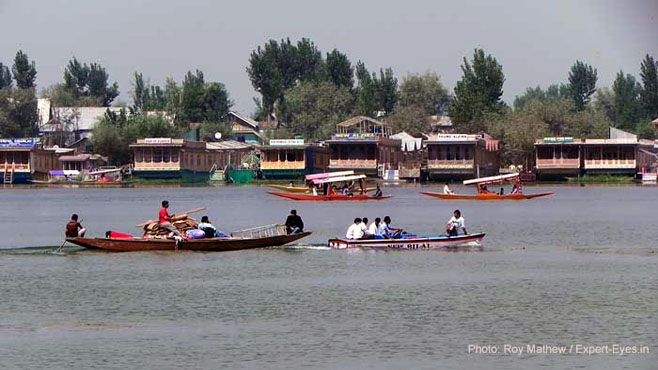 When the latest developments stir up trouble along the border jeopardizing the India-Pak ties, those concerned are failing to comprehend that diverting the focus of the nation from the Kashmir Valley which essentially need immediate attention, would only make matters more complex.

The Pak army crossed the line of control killing two Indian soldiers, beheading them and mutilating the bodies. Although Pakistan has denied India’s allegations, the incident has been heating up the border. When India says that it would retaliate for the barbaric act and that it denies Pakistan’s version of the matter based on the evidences, both the countries are hampering the diplomatic ties. Given the earlier experiences, ‘surgical strikes’ could be anticipated in coming days. Several party leaders have come forward demanding such an attack. At a time when supremacy is with a political ideological stream that obstinately believes that the neighboring ties with Pakistan should never be smooth, the fact that those campaigning for the restoration of peace are shrinking in number on both sides of the border will worry the peace seekers. The unfortunate incident comes when the volatile atmosphere following the Uri attacks was gradually returning to normal conditions. Although the world nations are perturbed over the challenges naturally raised by the enmity continuing between the two nuclear nations, the downside that the internal discourses are still based on the bigoted approaches inherited from the older generation, pose hindrances to the path ahead.

One of the consequences of any kind of tension across the India-Pak border is that it undermines the attempts to pull out Jammu and Kashmir from the present predicament that landed the state into chaos. The government, media as well as the unbiased observers unanimously agree that the degree of alienation in the Valley at present is unprecedented after independence. Earlier, the apprehensions were regarding the terrorist groups like Lashkar-e-Taiba and Jaish-e-Mohammed that intrude across the border and Hizbul Mujahideen, the Kashmiri separatist group. Today the situation has totally changed. When the new generation particularly the students who lost faith in the political system, take to the streets ready to encounter the police force and the army, the Centre and the state governments are in a quandary unable to handle the situation. The recent Srinagar by-polls ending as a debacle and even cancelling the by-election to the Anantnag constituency should open the eyes of one and all.

In the seven decades of independence, the instance of cancelling an election process citing that law and order couldn’t be maintained, is very rare. Questioning the efficiency of the Election Commission like the opposition parties in Kashmir such as the Congress and National Conference, is futile. Honesty is in accepting the fact that the whole system has been destroyed. Mehbooba Mufti’s government fails to invoke confidence of any kind in the people. It has also been proved that she has no goal other than the sole agenda of joining hands with the Hindutwa forces and share the power. Frequent visits to Modi in Delhi should also be seen as part of tactics to stay in power. No effective moves are seen on part of the Central and state governments to regain the lost credibility before the people or restore the law and order situation that has been declining every day.

Denying the reality that the neighboring nations are lurking around with their own agenda waiting for the India-Pak ties to deteriorate, is also of no use. Certain observations made by China recently, deserve immediate attention. Even though intervening in the internal matters of other countries isn’t China’s policy, the state-run Global Times have warned that they might interfere in Kashmir in order to ensure the safety of the 50 billion dollar-worth China-Pakistan Economic Corridor (CPEC) that passes through the Pak-occupied Kashmir. It cannot be seen as a petty warning. Its high time one analyse who benefits from the escalation of border-tensions and unending Kashmir conflicts.