A Europe that abandons divisive forces 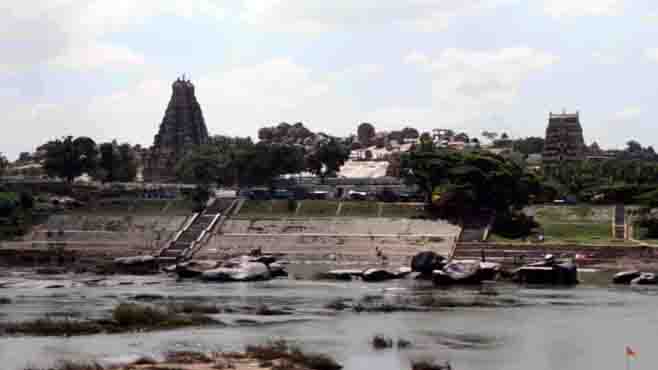 The spectacular victory of Emmanuel Macron, known as the centrist as opposed to the Left and the Right wingers, over the far-right nationalist Marine Le Pen in the French presidential elections have mitigated the shadows of anxiety over Europe and the rest of the world.

Macron who formed the new party En Marche (forward) promised business-friendly development and European integration. He defeated Le Pen by 65 per cent votes to 35 per cent. The victory staggeringly outdid the exit poll predictions. It was amidst the sense of apprehension being created over the right-wing terrorism gaining supremacy in the elections in several European countries after Britain’s decision to quit the EU and Donald Trump, an advocate of fear and extreme racism, emerging triumphant in the US, that Paris marked a new chapter in history. Prominent countries like the US, Britain, Russia and China have congratulated the new president, the youngest in the history of France after Napoleon.

Macron who had an astounding entry into politics like in his personal life, maintained the unusual success achieved in every step towards presidency till the end. It was the president Francois Hollande who ushered the former investment banker, a complete unknown to France till three years ago, to politics and made him the Economy Minister. However, Macron who chose a divergent path from Socialist and Republican mainstream parties, earned public attention and acceptance by adopting a precisely conflicting stance against the racist politics of far-right leader Le Pen. With the West particularly Europe, increasingly tending to lean right, Le Pen, who ignited strong sentiments against the immigrants and refugees and campaigned aggressively for nationalism calling for quitting the EU, was generally believed to have a market value in France.

The notion that without the Socialists and Republicans, far-right wing would be appropriate for France had also been created. Since the ISIS claimed responsibility for the terrorist attacks in recent past, it was the Muslims who bore the brunt of racism. Marine Le Pen was also following the same path as Trump by taking advantage of the situation and fanning Islamophobia in the West. The Syrian refugees and immigrants in the country were hence, highly apprehensive. The prime achievement therefore, of Macron’s win is that it put an end to this anxiety. The new president has declared that European integration was his dream and vowed to heal the wounds of a divided and fractured France.

However, the future of Macron’s every move depends on the performance of En Marche in the parliament election scheduled to be held next June. His victory has irked not only the failed opponents but also the Left leaders and liberals uprooted from the mainstream. Le Pen but has taken pride in the rise of her party as the main opposition and expressed confidence that she would improve her position in the next election. A large segment of the country who are against racist politics have a positive hope that Macron would be able to resolve the issues of severe unemployment and economic chaos. Majority of the population believes that it would be impossible for France that had been in the forefront of establishing the European Union, to quit and grow independent of the amalgamation. They believe that Frexit wouldn’t be as easy as Brexit and that it would be possible to move forward only after establishing good relations with countries like Germany. That is why the people of France defeated Le Pen who called for liberation from the EU, by a huge margin. The future of new politics in France as well as that of Macron depends on the kind of moves and the speed at which they are carried out in a way proving right the faith of the majority.

The political images that emerged in recent past wipes out the fear of right-wing hate politics of racism gaining momentum in the West. The victory of Brexit and that of Donald Trump and the continuous triumphs of the Sangh Parivar that upholds the lunatic cow-nationalism in India have bolstered the campaign of a post-truth phase being evolved that is in favour of the extreme right-wing. But the latest tendencies in Europe itself show that the good times of humanity and peaceful co-existence haven’t faded and that the forces of darkness wouldn’t be able to survive the light of public conscience. In Austria and Netherlands, people defeated the far-right wingers who advocated hatred. Extreme right-wing leaders were beaten in the recent elections in Germany that will be witnessing polls in September. Even in the French presidential elections eagerly watched by the world, the failure of the divisive forces would undoubtedly nurture the politics of co-existence.