Yes, Freedom of Press is the core of democracy 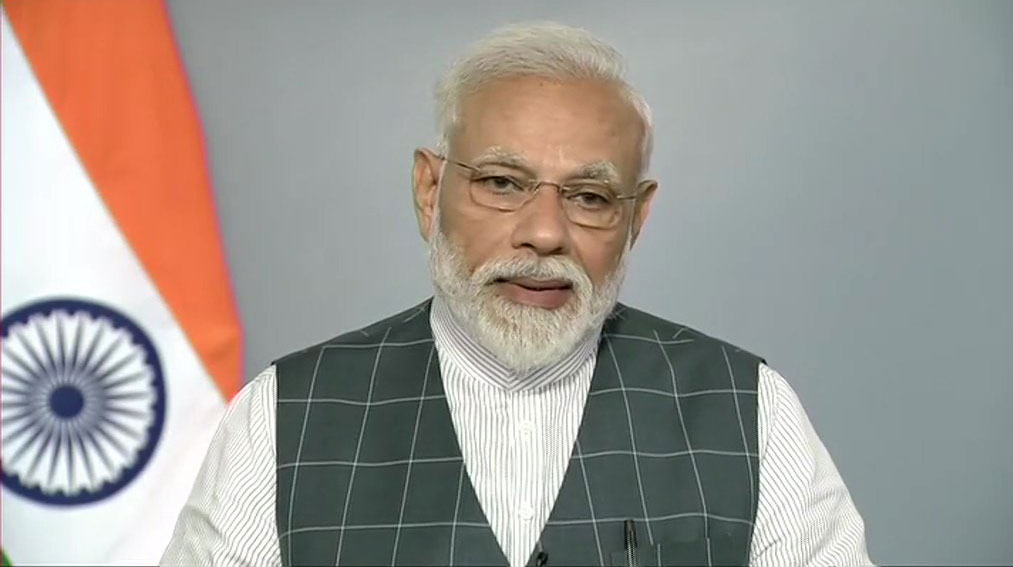 Few would disagree with the remarks of Prime Minister Narendra Modi on November 16 on the occasion of National Press Day.

He emphasized that the role of media in making India a democratic country was huge. The Prime Minister lauded the ‘hardwork of the media, especially the reporters and camerapersons, who tirelessly work on the ground and bring forth various news that shapes national as well as global discourse’. He also commended the role of media in giving voice to the voiceless. The Prime Minister expressed hope that the advancements seen today would further the reach of social media and make the media space even more democratic and participative. He also gave assurance to the press that his government would safeguard the ‘freedom of press and expression in all forms’. Modi termed free press as the ‘cornerstone of a vibrant democracy’. Though one could criticize that these are the words repeated ad nauseum by democrats to dictators and may be ridiculed as cliché, there is no gainsaying their relevance. Freedom of press is surely the soul of civilized societies and democracies. It is the right to dissent that imparts moral validity to freedom of press. The courage to speak the truth to those in power is a justification for its survival. As a voice of the neglected and oppressed, it is also a solemn obligation of the popular government to safeguard the free press.

Though the Prime Minister did not emphasize, it can be gathered from the common logic he pointed out that the media has the power as well as the right to disagree and dissent. To be clearer, the real freedom of press exists only where there is freedom to criticize the policies and stances of the government without any fear. Only then can it become the voice of the suppressed and a tool of democratic participation. Can we raise a question using the same power of freedom? Isn’t this tool of democracy waning under the Modi government? Isn’t it being suppressed? Doesn't the silence displayed by the government when independent journalists are attacked and murdered, in effect, undermine journalism? According to the 2017 World Press Freedom Index, the freedom of press in India is declining under the Modi regime. Remember that ‘Reporters Without Borders’ cited the threat posed by ‘Modi’s nationalism’ as a reason for India slipping to 136th position among the 180 countries. Amidst the debates about the freedom of press, ignoring the threats against this freedom questions the sincerity of those words. The culprits who murdered senior journalist Gauri Lankesh have not been arrested even after two and half months. The Prime Minister’s words prove that he is not concerned about the matter. It is least likely that the Prime Minister is unaware of the fact that the Criminal Laws (Rajasthan Amendment) Ordinance which hangs like Damocles sword suspended over the media, is a weapon that is deployed against their independent stance. The law which was used by the British colonial government to suppress the Indian independence struggle has resurfaced today, years after the British court discarded it. The Modi government is also less likely to be unaware of the ordinance introduced by the BJP-led Rajasthan government to form legislations for such regressive policies. The Prime Minister should have been addressing such challenges amidst passing cliché remarks about the freedom of press in the form of statements and tweets. What is the logic in the PM leaving it aside? He ignored it during the platinum jubilee function of the Tamil Daily Dinathanthi a week ago as well. The support extended to the Swachch Bharat program was cited by the Prime Minister among the good deeds of the media. Should it be assumed that the freedom of press is only for supporting the government?

The media faces threat not only from the attackers and black laws like the Criminal Laws Ordinance. Attacks on the press, from the raids on NDTV to the cases charged against the online portal The Wire, targets the freedom of the press. Moves to curtail the right to information (RTI) is a move against the empowerment of media as well, similar to the move against transparency and the public right to information. Incidents of RTI applications as well as the questions sent to the authorities by the media outlets for factual analysis becoming meaningless, are growing. The domain of social media, another area highlighted by the PM deserves special attention. We should contemplate on how to contain the divisive and communal trends on the social media without hampering the freedom of press. It should be said that the model provided by the Prime Minister in this case as well, does not bring relief. The country's Prime Minister ‘follows’ the social media users who post deplorable messages including that which humiliates murdered journalist Gauri Lankesh and spread fake news stories. He has not corrected his stance even after this was brought to attention with evidence. The Prime Minister should be ready to do justice to the stances he declared on the media. It is the functioning of those in power that validates their assurances and not their statements or broadcasts.