What Hadiya needs next 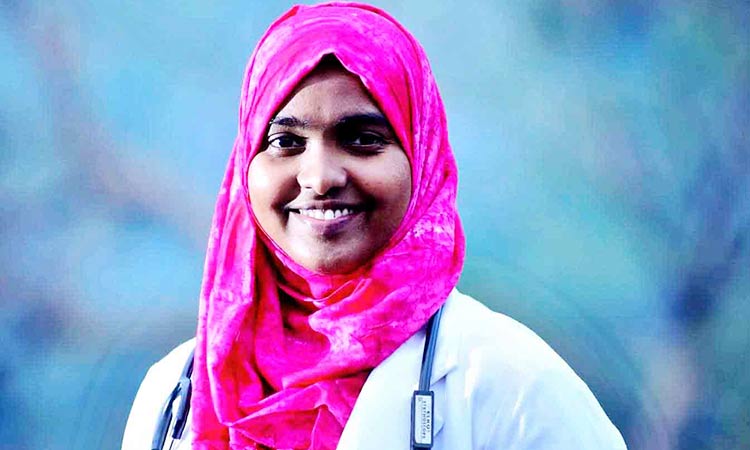 The nobility of a civilized society is marked by the vigilance it evinces in upholding the fundamental rights of the citizens.

In the Hadiya case which attracted nationwide attention, the Supreme Court has granted freedom to the 25-year old Hadiya through its interim verdict of Monday. The complex case has now taken a different turn. This helped in alleviating the tension across the land as well. Chief Justice of India Dipak Misra heads the three-member bench he heads that dealt with the case, said that they who deal with hundreds habeas corpus petitions, had not come across a case so complex like the Hadiya case. This observation reminds us that the case carries more dimensions than just the personal liberty of a woman. On May 16 this year, a two-member bench of the Kerala High Court had annulled Hadiya’s marriage to Shafin Jahan, a Kollam resident. The apex court’s intervention now comes in the appeal filed by Jahan against the annulment of their marriage. In the backdrop of serious allegations levelled by the National Investigation Agency (NIA) and Hadiya’s father Ashokan, the court was making certain decisions only about the woman’s future without going into other aspects of the case. The court has allowed Hadiya to return to the Homeopathic Medical College & Hospital in Salem to complete her studies. She has to complete her 11-month medical internship that she had left mid-way. The College dean should help her with the arrangements required for finishing her studies and the Tamil Nadu government is responsible for ensuring her safety. Though the matter of her studies getting hindered had been brought up several times when the case came before the High court, Hadiya had not received specific directions like this.

It was citing a reason that despite being a major Hadiya was of a vulnerable age, that the High Court had annulled Hadiya's decision to make Shafin Jahan her life partner and transferred her back to the custody of her parents. But when she opened her mind before the Supreme Court, she proved herself to be a woman with a clear understanding of everything. Asked what her life dream was, the reply was 'freedom' which the guardians of justice would have taken special note of. When the high bench heard her earnest plea to be considered a human and to be given freedom to live according to her faith, the bench asked her to complete her education as a precondition to build a bright future. But the court silently turned down her requests to live with husband Shafin Jahan, and to make him her future guardian and that her education should be at his expense.

The interim verdict, claimed by both sides as their victory, may be seen as constituting an intelligent and diplomatic move by the apex court. The very fact that the court had to decide on what to hear first - the issue of a woman's personal autonomy or the NIA's allegations about the threats posed by extremism - initially put the court in a dilemma, would serve to show the complexity of the case. And if the judges had not decided not to hear a young lady, after bringing her as scheduled all the way from Kerala under heavy security and making her wait for hours, that would have given room for different interpretations.

It will be only in the third week of January when the case comes up for hearing again and for the final judgment on whether the High Court verdict annulling the marriage of Shafin Jahan and Hadiya is to be upheld or not. The contention of NIA in the court was based on a 'love-jihad' narrative that Shafin Jahan had extremist links and his marriage with Hadiya was only a cover for recruiting her to foreign land. The NIA averment is based on a premise that there is an active and well-oiled machinery of certain organizations for religious conversions in Kerala. The agency claims that 11 cases including Haidiya's have been registered and that Kerala police has referred 89 such cases. There is substance in the reading that this is part of a political agenda to portray the state as an IS-infested area by bracketing all cases of religious conversions in this one category. For nothing else has Hadiya's case got so contested. Any attempt to breed divisiveness and conflict in the society for political exploitation, regardless from whom it emanates, has to be thwarted. And to endanger a woman's life for vested interests is nothing but cruelty. Let Hadiya continue her education peacefully, and let the society do anything but trouble her.