Reining in the ‘white elephants’ 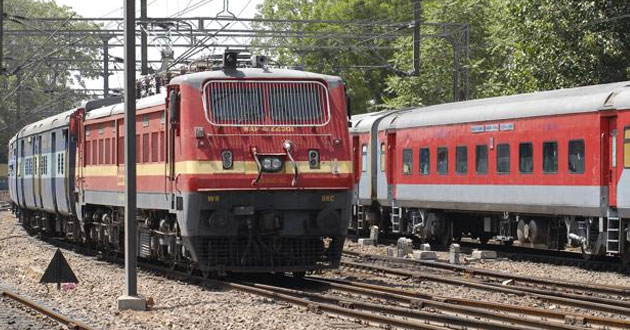 The Railway Ministry has passed an order to end the compulsory protocol which made mandatory for the senior officials to be present on the arrival and departure of the Railway Board Chairman and other board members during zonal visits.

This is surely a right corrective measure. The Ministry had itself mandated the protocol as per the instructions of a 1981 circular. The officials will no more need to entertain bouquets and gifts at any time. The stringent order to end the practice of engaging the railway staff as domestic help in the homes of senior officials is more relevant. About 30, 000 track workers work as domestic helps at the homes of senior officials. They have been asked to resume duties. The Ministry says that around 7, 000 railways staff have reported back to work in the past one month. Railway Minister Piyush Goyal has asked senior officials to give up travelling in luxury saloons and executive class travel privileges as well as to travel in sleeper and AC three-tier classes.

In a democracy, no matter how privileged the officials are, they are never the boss of the people who feed them with tax money. In autocratic countries and monarchies, the people have no choice other than to bear the difficulties as there is little resistance towards the ruler and his policies. Contrary to that, the concept in a democratic system is that nobody owns anyone and that all are equal. But as far as the people living in India, which is the world’s largest secular democratic socialist country, is concerned, this is only a hear-say. The Ministers and the bureaucrats who are prisoners of such customs and conventions harassing the subordinate workers, treating the common people as slaves and shamelessly attempting to show off their so called power in their appearances are regular scenes. The practices and precedence during the time of colony era, is being continued even after seven decades of independence. There are innumerable instances in which not addressing the senior officials using words like ‘His Highness’ and ‘His Excellency’ annoys them. The Railway Ministry which is the largest public sector institution, has through the latest order implemented a slight correction in the British colony culture. However, the most significant decision is to relieve the railway staff coming up to 30, 000 engaged as domestic help at homes and asking them to resume duties. What is more surprising is that neither the concerned Minister nor the Board Charmin so far felt the need to end this misuse of power and offence that have been continuing until now. Those who doesn’t have even a tad guilt in employing the railway staff who receive their salaries from the public exchequer, are copious not only in the Railway but also in the police, the army and other departments. In the security forces, the lower class employees are denied the right to even utter a word. A soldier who complained of poor quality of food served in military camps, on the social media was sacked for his actions.

The country’s train services continue to operate along the precarious railway tracks extending to several kilometers that are decayed and in poor state. As a result, the number of accidents are on the rise. The mishaps caused by the derailment of trains during 2016-17 claimed maximum number of lives in the past ten years. It cost about 193 human lives. In a stampede at Elphinston Road Railway Station in Mumbai recently, more than 20 people were killed and many were injured. The walkover bridges in many prominent cities have been existing since the time of the British rule. There are about 12, 000 unmanned level crossings in the country which pose a sever threat to rail safety. At the same time, the trains operate at a revenue loss of Rs 33, 000 crore. It was when the Railway Ministry that was compelled to cut down the concessions and subsidies, looked into the number of staff, that the shocking truth that 30, 000 staff do not work for the Railway, came to light. One has yet to see if the order for the staff to report back to their actual work to the posts they have been appointed, will be implemented. The instruction to give up luxuries while travelling is sure to get sabotaged. Without constant vigilance and stringent supervision, those at the top posts are powerful enough to brush aside all the orders and decisions. The CAG reports alone that surface once in a blue moon will not help in resolving this predicament.