Do not ‘launder’ November 8 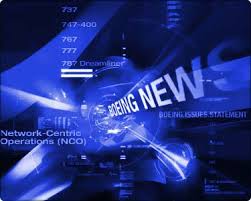 Is November 8 a Black Day or anti-black money day?

The Gujarat-Himachal Pradesh elections are all set to witness two massive parallel campaigns, with the economic sector being the prime focus. It is the first anniversary of demonetisation announced by Prime Minister Narendra Modi on November 8. Opposition parties will be observing the day as ‘Black Day’ reminding of the ‘ill-effects’ of the move and the GST reform that followed, on the nation as well as the people. The government will celebrate the same day as anti-black money day claiming that it is fighting a battle against black money. The Centre has been justifying its stance using adverts and social media campaigns. The government that announced the reform with the aim of curbing terrorist activities and corruption, has been toying with other justifications as well such as growth in tax rates, turning India into a digital economy and a cashless economic system. And now, it seems like they have finally decided on the goals - black money and cashless system. However, economists are skeptic over how far even these goals have been met. Of late, the data released by the Reserve Bank, are shocking even to the government that has been pacifying the people about the positive results in future for all the hardships and cash shortage endured after the note-ban decision. The fact that about 98.9 per cent of the banned notes have returned to the banks show that the exercise as a move against black money was a failure. While the government boasts of bringing huge amount of money into the official data as a gain, the critics are of the view that the move was only helping the conversion of all the black money into white. Even international monetary institutions that argue for a ‘cashless’ economy, are citing instances of demonetisation in India – but not as a good example but to show how a reform should not be. Also, the government is still inert on a key action to eliminate black money: the old recommendation of the Vohra Committee that donations for political parties has also to be accounted for. The report has been gathering dust for decades.

The real issue is that the fight against black money is limited to mere campaigns. Another aspect is also worth noting: the government has not undertaken any effort to locate and return the black money many have hidden abroad. It points out that the registrations of over two lakh companies have been cancelled. It is true that these ‘shell’ companies operating in the country are a cause for the presence of black money. But the black money stashed in tax-free safe havens in foreign countries is much more. The black money hoarders conceal the money in such secret locations, in investments including gold and a small portion as cash. The donations for politicians is yet another form of black money. How can the note-ban move that creates severe hardships for the citizens but least benefits the economy be celebrated as an anti-black money measure? The government’s reluctance to go after the big-guns and politicians raises a question on the sincerity of its fight against black money. With the sharp dip in the national revenue, the death of 150 people following demonetisation and the fact that only negligible damage has been done to terror activities, corruption and black money transactions, the celebration on November 8 appears like a mockery towards the citizens. Using even the measure to overcome the crisis triggered by the decision for reverse propaganda, could only be considered deplorable. It is also pointed out that even the recently announced incentive packages are likely to cause a rise in inflation.

The economy has lost not only its growth trend but also the faith of the people in the banking system and economic stability. An honest bureaucracy is what is required to reclaim the trust and to stabilize the economy although gradually. The door to the solutions will be open if the government is ready to accept its mistakes. However, the government with hollow slogans has been mocking and rejecting the crisis faced by everyone including the common man, businesses, unorganized sector, traders and farmers. The new campaigns in the name of ‘anti-Black money day’ are a continuation of those blunders carried on so far.