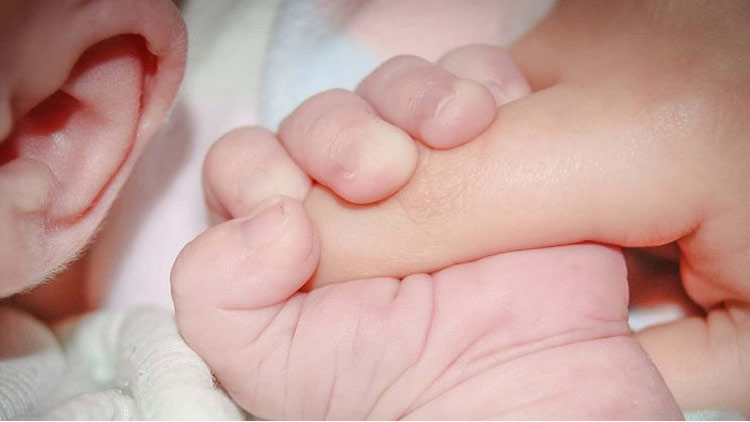 Barely two months after the August tragedy in the Gorakhpur BRD Medical College in Uttar Pradesh where 61 babies died within three days, and a total of 290 in a month all for want of emergency treatment, now news has come out of similar child deaths from Gujarat.

In the hospital said to be the largest public sector hospital in Asia, Ahmedabad Civil Hospital, 18 babies died within a span of three days, nine of them within six hours after dawn. Half of the casualty were directly admitted there, and the remaining referred by other hospitals. The government has appointed a three-member commission headed by Deputy Director of Medical Education R.K. Dikshit. Chief Minister Vijay Rupani has explained that the deaths were not due to lack of medicines, non-availability of treatment or inadequate facilities in the hospital. The Superintendent of the hospital, Dr M.M. Prabhakar had been denying news of deaths until late Saturday when he confirmed it, that too with the solace that in a hospital where five to six infanticides are common the number of deaths represented only a marginal increase. The authorities also put up the justification that children who were admitted to the Civil Hospital had already been suffering from unusually low body weight and related deficiencies. The Opposition has come out clamouring for the Chief Minister and Health Minister to resign accepting responsibility for the incident, and argue that it was caused by the inefficiency in Modi's own land and of his own government.

It is all but natural for the Opposition to capitalize on it with an eye on the election. But, the reports regarding the Ahmedabad incident will render untenable all the claims of good governance of the BJP government in the state. The very statement of the hospital Superintendent to wash the government’s hands off the mass infant deaths, shows that the government has failed in health care. Under the regime that has ruled Gujarat all these years by Narendra Modi (who captured prime ministership on the back of claims about the development achieved under him) and his successors, Gujarat has gone back, not forward in human development indices. The BJP slogan of development has come to be parodied as 'vikas gando tao chhe' ('vikas' has gone mad) by newgen lampooners to attack Modi and BJP. The underlying criticism gets ratified following the Ahmedabad tragedy. The three terms of Modi and the subsequent one of his successors have only served to patronise Adani, Ambani and the comparable affluent, and brought in development that they need, not one that percolates down to the common man. It is in the midst of Modi's tours across the state making a rainfall of declarations about project grants - for which even the Election Commission was stifled - that nothing has happened in the domain of development in Gujarat except rhetoric. The recent improvement in infant deaths in Gujarat has been just in proportion to the national average. Still the state is far behind Kerala and Tamil Nadu. At the same time, in 2015 Gujarat figured fifth among Indian states in India in infant deaths.

When 39.6 out of 1000 tribal infants die on a national average, it is 56.5 in Gujarat. When he took charge as the Chief Minister of Gujarat in 2007, Modi had announced a project ‘Vanbandhu Kalyan Yojana’ worth Rs 15, 000 crore with a slogan of better housing and health facilities for all. A road in tribal areas adaptable to all seasons and employment for five lakh people were also announced. However, according to the government data itself, even five per cent of this have not been achieved. This is only an example of the gap between the announcement of new projects by Modi and their implementation. The maternal mortality rates paint a pathetic picture of Gujarat: while it was 72 in 2013, it was 80 the next year increasing to 85 in 2015. The CAG itself has found that most of the benefits in the Centre’s Janani Shishu Suraksha Karyakram (JSSK) remain merely on paper. Human Development index report released by the UNICEF that can be gauged as a record of ten years of Modi governance, Gujarat stands pitifully behind in lack of nutritious food, anaemia and maternal and infant death rates. Amartya Sen also had pointed out that the state lags behind in the case of lifespan, standard of education and gender equality.

Modi and the BJP that ushered in the Gujarat development model by luring the corporates and the media, in reality have been celebrating the betterment of bigwigs. If the subsidy that was given to the farmers was Rs 408 crore in 2007, it has now dropped to Rs 80 crore. At the same time, the subsidy given to Adani and Ambani in the energy and petrochemical sector surged up from Rs 1, 873 crore to Rs 4, 471 crore which speaks for whom development happened. The complaint of the family members who were in the hospital that what they could see was total negligence and inefficiency is to be noted. When the government sends out the message that it is the interests of the corporates that is the priority and not the issues and needs of the people, no wonder if such ‘developmental tragedies’ like the mass infant deaths continue to strike.